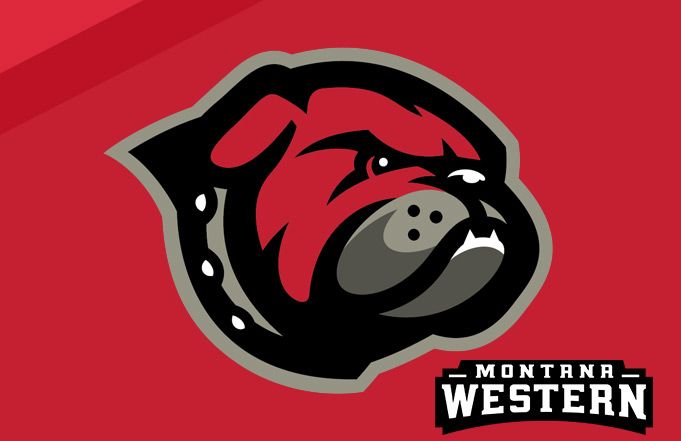 Richardson said a committee, which included representation from campus constituencies and members of the community, began work in October 2016. “We reviewed mascots from competitive universities, identified visual trends and considered the elements that we wanted our new bulldog to reflect.”

The result was a creative brief that guided design Richardson said. Through a series of exercises the group identified a list of attributes that they felt the new mascot needed to reflect including:

“We are excited to share the results of this branding process,” Montana Western Chancellor Beth Weatherby said. “The committee worked hard to create an updated and unique symbol based on a well thought-out strategy.”

“Creating something that did not copy existing bulldog mascots was no easy task. We knew, though, that we wanted something that reflected current design trends, was not dated and avoided a ‘cartoonish’ look,” Richardson said

Beginning April 21, the new mascot will appear in applications across the campus and throughout the community. Posters, banners, window decals, apparel, pennants, car stickers and are a few of the items planned for the mascot launch, Richardson said.

In addition, the university will be launching a new athletics website at umwbulldogs.com.

Richardson said the new website was developed in partnership with Sidearm Sports and will provide an enhanced user experience with up-to-the-minute information and athlete profiles to help fans keep up with and support university teams.