Mother and Son Honored at Night of Stars 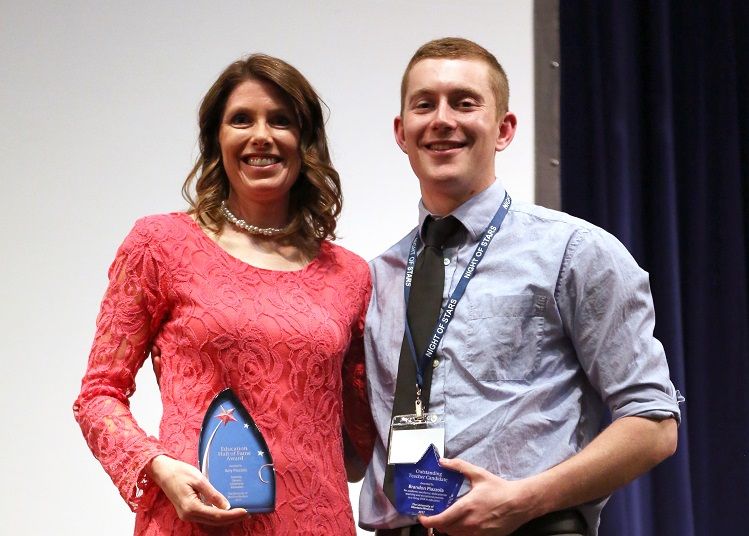 The event was created to honor exemplary education alumni and students.

Among the 13 inductees to the Hall of Fame were mother and son Amy and Brandon Piazzola.

Amy Piazzola graduated from Montana Western in 1993. She was the homecoming queen in 1990 and worked as a resident assistant all four years she lived on campus.

On her time as a student, she recalls fond memories of learning to swim before becoming an instructor and lifeguard at the WMC pool. She lists making great friends and lasting connections as her favorite part of attending the university.

After graduating with her elementary education degree, she became a school teacher in Fallon, Nev.. She later returned to Montana eventually becoming the superintendent/principal at Cayuse Prairie School in Kalispell. Brandon Piazzola is one of her five children.

Brandon Piazzola is planning on following in his mother’s footsteps and becoming a teacher. He will graduate in the spring of 2018. His career as a student has been outstanding. He’s been on the Dean’s List every semester he’s attended.

He is also a member of Peers Advocating Towards Health. PATH works to improve student health through education about substances such as tobacco and alcohol.

In 2015, Brandon Piazzola attended the Boosting Alcohol Consciousness Concerning the Health of University Students general assembly. At the event, he was presented with the BACCHUS outstanding student award. He has also spoken with Montana Governor Steve Bullock about regulating e-cigarettes.

Now the accomplishments of their family will live on throughout the university’s history, and perhaps someday, another young Piazzola will join their kin in the Education Hall of Fame.

Congratulations to the pair on creating a legacy of excellence at Montana Western.