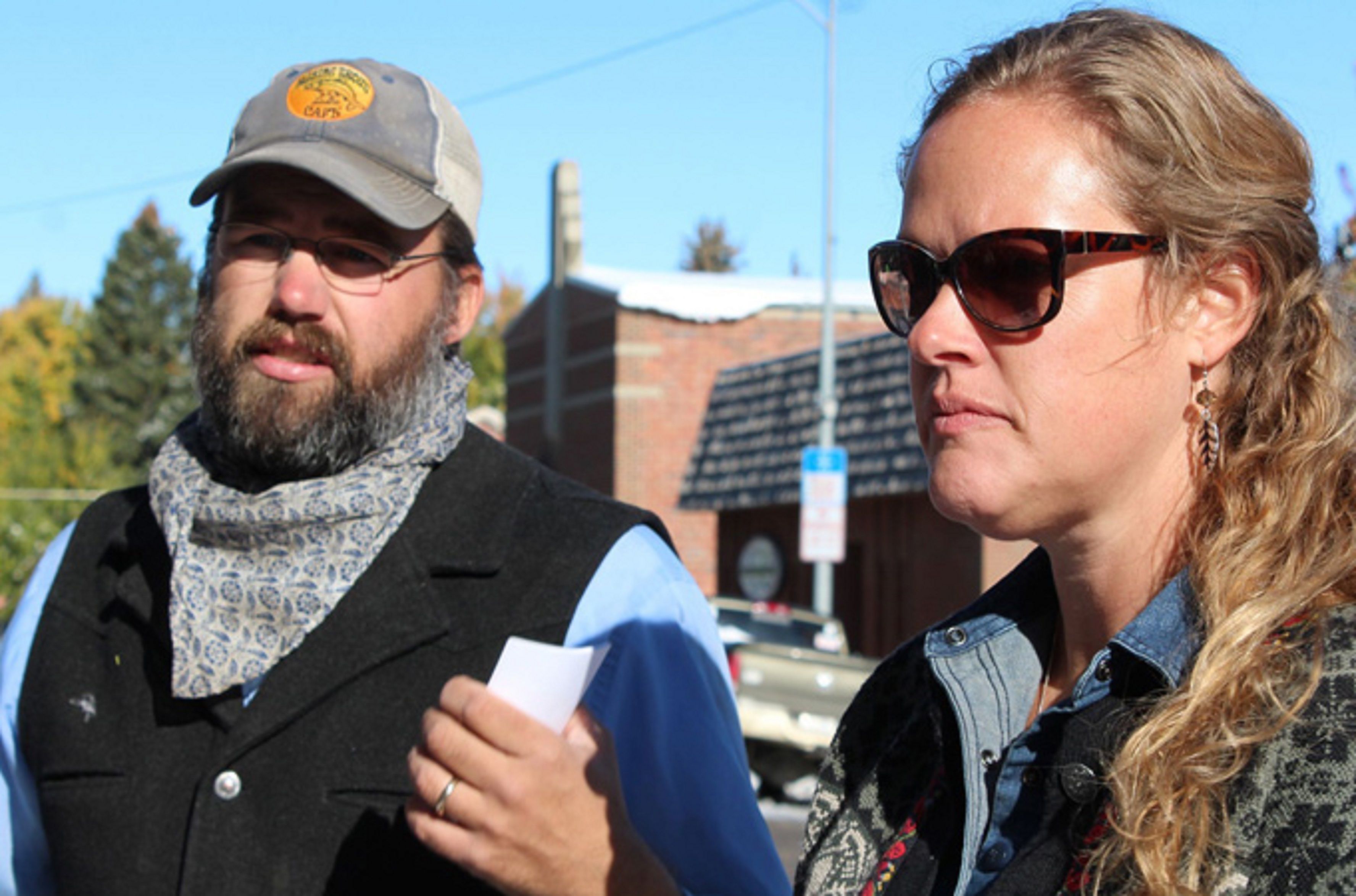 The full length version of this article was originally published in the Great Falls Tribune.

For many people a visit to Lewistown, Mont. would be incomplete without stopping by The Rising Trout Cafe. The trendy coffee shop on Main Street regularly bakes up some of central Montana’s best cinnamon rolls, and if you’re searching for a satisfying bowl of soup or a good cup of coffee, The Rising Trout is where the locals go.

But “The Trout” — as some of its more familiar patrons refer to it — is more than just a destination for hungry customers. In addition to its cozy reading nook and open mic musical performances, The Rising Trout is notable for its dedication to using organically grown and locally sourced grains, vegetables and meats.

From the flour in the scones to the potatoes in the soup – and soon the beef in your burger and the bacon on your BLT – nearly all of it is certified organic and can be traced back to a specific farm. As often as not that farm was the O’Halloran’s, the small multi-crop operation on the outskirts of Lewistown where the owners of The Rising Trout, Brandon and Mariah O’Halloran, and the couple’s three children make their home.

Both Brandon and Mariah came from farming/ranching backgrounds. The couple met while going to high school in the Shields Valley north of Livingston, where Brandon’s parents ran cattle and grew hay.

The O’Hallorans were already growing wheat and barley on their 100-acre property in 2011 when they began to give serious consideration to a career change.

“It was basically a return to our roots,” Brandon said of the couple’s decision. “We were already farming this small place and decided that we wanted to see if we could become more intensive with our farming practices.”

O’Halloran graduated from the University of Montana Western with a degree in environmental science. The couple had always shared an interest in organic farming and ecologically sustainable farming practices.

But keeping the bills paid on 100 acres when the price of wheat has dropped below $4 a bushel, presented a daunting prospect. The strategy the couple took was to diversify their farming operation as much as possible and to look for ways to sell what they harvested directly to their customers.

In 2013, a new opportunity presented itself when the owners of already established Rising Trout announced they were putting the business up for sale. In The Rising Trout, the O’Hallorans saw an opportunity to bring the flour and vegetables and beef they were already raising directly to hungry customers.

“Not only are we making more money for ourselves, we’re bringing true local food to our community, and we’re providing four jobs for our employees in Lewistown,” Mariah O’Halloran said. “That isn’t a lot, but we’re very proud of that.”

What’s unusual about the O’Hallorans is to have a single family enterprise that is so vertically integrated — from planting the wheat and feeding the cows, to baking the bread and serving the Rising Trout’s customers, the O’Hallorans participate directly in every phase of field to table service.

And they do all this while remaining committed to the ideals of organic and sustainable crop production and keeping their prices as affordable as possible.

However, earning an organic certification does not always directly equate to environmental sustainability — a value the O’Hallorans are equally dedicated to.

Over the last several years, the O’Hallorans have expanded their operation to include a cattle herd of about 75 animals. Through a rotational grazing process known as “mob grazing,” their cows are not only getting the forage they need but are helping to suppress weeds in the process.

The O’Hallorans expect to begin selling their first production season of certified organic, 100-percent grass-fed beef at the end of October and are actively exploring other opportunities to expand the range and quantity of foods they produce.

“We’ll now have chickens that we can sell the eggs directly to the shop (Rising Trout) and use them in our baked goods,” Brandon O’Halloran said. “We’re looking at raising pigs, so we’ll have the ham and the bacon that we use in our sandwiches.”

“Obviously everybody can’t do this,” Brandon O’Halloran said of his operation. “We need to have international markets where those massive quantities of wheat can be sold and marketed somewhere else, but I really think we should start focusing on keeping a little more of that ‘value added’ picture in Montana.”

“In Montana, where agriculture makes up such a large part of our economy, we’re missing out on the most important food dollar,” O’Halloran continued. “That’s the one that people are paying at the grocery store or the bakery or the storefront. I think that should be the central focus of Montana agriculture.”