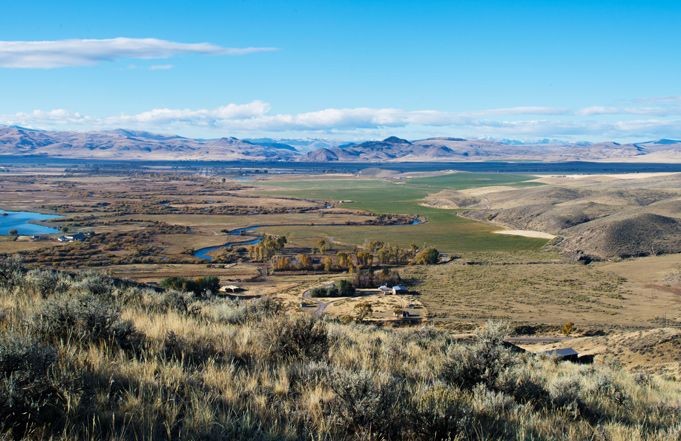 This article and news story was originally published on the KBZK website.

Public land near Dillon is a geologist’s dream – large, sparse, and best of all available because it is public land.

Lab time for science classes is important for a hands-on experience of what the classroom sessions have discussed.

Students at the University of Montana Western in Dillon are able to take the classroom to the field because of the school’s unique curriculum plan. It’s Called Experience One – where students take one course at a time, for around three hours each day, for several weeks.

For geology students that means time on a parcel of public land near Dillon, not studying about geology, but living the life of a geologist.

While Montana Western students have geology classes on this piece of public land because of Experience One, other students from around the world only get to use this lab during the summer.

“This place is ground zero for educational value in public lands,” said Thomas. “It’s a special place and because it is available to all the people it allows upwards of 27 field camps including international field camps from Oxford University and other places. (Students) come here and experience this really unique and special place that we have here in Montana.”

Over summer 2017, students from the University of Oregon were working on a mapping project, some in groups and some students alone – a situation geologists have to face every day.

“First it seemed very simple it’s was just boom, boom, boom,” said University of Oregon geology student Madison Ransom. “And then you start walking around and it’s definitely challenging. It’s really cool to see the structures that you see in a textbook in real life and get to take some strikes and dips and figure out what they’re doing underneath.”

“Pretty interesting both physically, socially everything,” added Matt Powell, another University of Oregon student. “It’s just a really interesting place. It’s really difficult but I’ve definitely learned more here than I have in any other course.”

Field camps have been going on for decades here but unlike sitting in a classroom, charts, notes, theories, and scientific concepts all come together in a little taste of geologic reality.

“What I see when students come back after field camp, and this is my own experiences too when I was a student, (is) they come back with a new perspective,” said University of Oregon Geology Professor Marli Miller. “They kind of learn how to think on their own. It’s not a classroom thing, they’ve had to come out here and they make their own mistakes and then they fix them and sometimes they don’t fix them but basically, they learn so much, kind of internally, that they come back and they are geologists.”