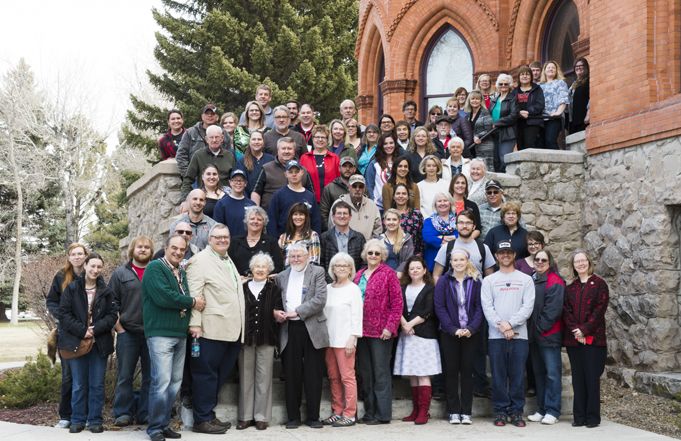 On Thursday, April 19, 2018, the 125th Time Capsule Celebration was held in Main Hall. Guest presenter and retired Montana Western librarian and historian Mike Schulz, gave an overview of some of UMW’s most influential administrators, teachers, students and staff that helped make Montana Western what it is today. The event was hosted by Montana Western Alumni and Friends and the University of Montana Western Foundation.

One of the pioneers of educational innovation at Montana Western (then known as the Montana State Normal School) and throughout the United States, William Chandler Bagley came to Dillon in 1902. From 1902 to 1907, he served as a professor of psychology and education and became the director of the teacher training school.

Bagley revolutionized the country’s approach to teaching future teachers, by sending students out to area schools to gain hands-on experience in classrooms in Beaverhead County. “Student teaching” would eventually become the national standard practice for future teachers in educational programs across the country.

“The Educative Process,” Bagley’s first book to receive major nationwide notice, was written during his time in Montana. He would go on to write several hundred journal articles and books during his ground-breaking career in education across the United States, teaching in locations including the University of Illinois and Columbia University’s Teachers College.

In addition to sharing the history of Montana Western, items to be viewed in 25 years were added to a time capsule that will be buried in Legacy Plaza and opened on Montana Western’s 150th anniversary. Those in attendance had their picture taken in front of Main Hall and signed a scroll that will be placed in the capsule.

“My crystal ball tells me that twenty-five years from now, the University of Montana Western will be well-known throughout the world as the brilliant Montana gem that helped transform higher education in the United States of America,” said Weatherby.