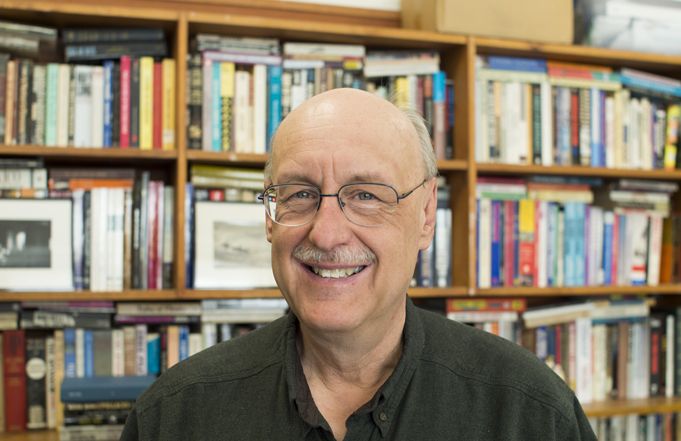 “I wanted to share the origins of rock and roll that were never told. This music was something that was very innocuous and trivial in a lot of ways, but it got pushed to the front as something important in shaping our culture,” said Hajduk.

The book examines disputes in the music industry and how the complex symbiotic relationship between culture and music impacted Americans from 1940-1960. Hajduk’s book isn’t just about the music itself, it also looks at how people were reacting to all of the changes happening at the time.

Hajduk notes in his book examples of how rock and roll was beginning to be defined as something more than just a form of entertainment. He explains that historically, music could be seen as a cultural influence.

For instance, the Civil Rights Movement and rise of rock and roll grew simultaneously. Much of the music at the time was written by African American artists. The artists may not have written songs with the intent of them being anthems for change, but they were often embraced by civil rights activist groups.

Hajduk says the book is closely related to his PhD dissertation. He chose to stick with the original narrative but offered a different focus. Six years ago, Hajduk was granted a six-month sabbatical and he used the time to re-approach the musical and societal correlations of the mid-20th century.

“I was able to do research in some really interesting places. I went to the Library of Congress in D.C., the Institute of Jazz Studies at Rutgers University in New Jersey, the Country Music Hall of Fame in Nashville, and UCLA,” Hajduk said.

While conducting his research, Hajduk worked part-time at a record store called Record Theater in Buffalo, New York. This experience offered him valuable insight on how people viewed music as a way of personal expression. His observations further spurred his research.

“I saw how important music choices were to those who came in the shop. Their choices said something about who they were in relation to their tastes, social attitudes, and even political values,” explained Hajduk.

Hajduk’s book “Music Wars: Money, Politics, and Race in the Construction of Rock and Roll Culture, 1940-1960” is available through Rowman & Littlefield, sub Lexington Books and is available wherever books are sold.

To learn more about Hajduk’s book, please listen to his interview with Aaron Weinacht. For more information about Montana Western, please visit the UMW website.