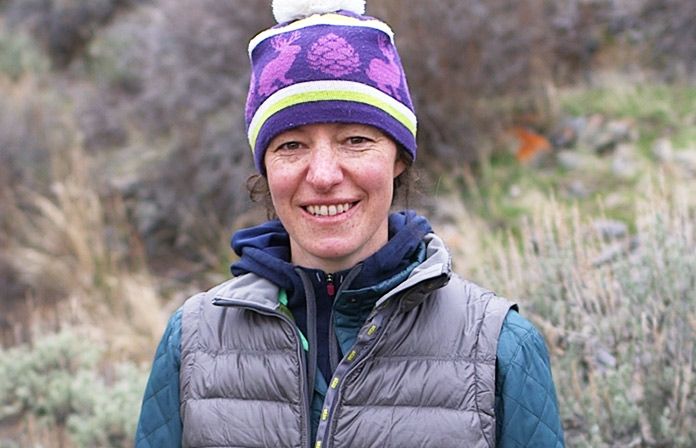 Levine began her research on winter snowfall in 2012 with a goal to discover a way to use snowfall patterns to predict dry conditions later on in the season. Levine was approached by the Nature Conservancy, a non-profit organization, to classify watersheds in a way that would allow the agency to make more effective and economically viable conservation choices.

The research was conducted mainly in Beaverhead County, Mont. and also included parts of Madison and Gallatin counties and Yellowstone National Park. Levine looked at areas with low incoming sunlight during the spring and summer to begin her research. From there, she narrowed the sites down to areas that were higher than 2,400 meters (about 7,874 feet) in elevation and that received most precipitation in the form of snow.

Levine compiled all the data she gathered onto a map and documented areas most likely to have late season snow pack. After five years of research and data collection, the map serves as a predictive model of the streams in Southwest Montana that continue late season flow.

“There are a lot of different potential applications for this research,” Levine said.

Levine presented her research in December 2018 during an AGU meeting in Washington D.C. The next step was for the research to be formally peer reviewed and published.

Another example of Levine’s collaborative research efforts was with UMW Biology Professor, Michelle Anderson. This research project, which focused on linking beaver dam affected flow dynamics to the upstream passage of Arctic grayling, was published in October 2018 in “Ecology and Evolution,” a peer-reviewed journal.

In addition to conducting research and writing, one of the courses Levine taught this year at Montana Western was titled “Environmental Science Research and Writing.” The 200-level class is a graduation requirement for all environmental science majors.

At Montana Western, students take one course at a time for 18 days before moving on to the next course, which allows students to be fully immersed in their education. This unique educational model is called Experience One.

“It was a great class for me to teach, especially since I was in the process of writing a scientific paper at the same time,” Levine said.

The course looked at methods for effectively communicating scientific data, concepts and research. It also introduced students to grant writing, resume preparation and included one-on-one meetings with Levine, followed by students in the course reviewing the work of their fellow classmates.

To read more about Levine’s research and the publication in “Earth and Space News,” please visit https://bit.ly/2tFy2Pv.