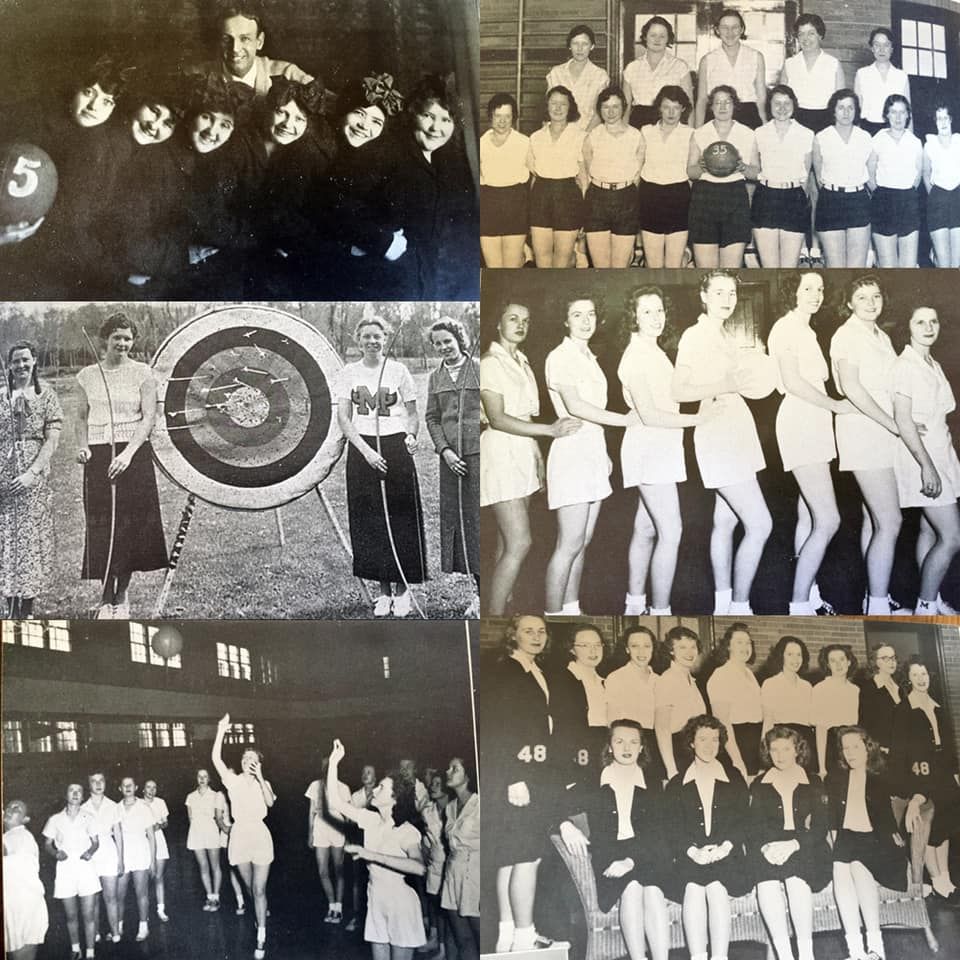 Women’s athletics is an important part of the campus culture of the University of Montana Western and a key ingredient to the Bulldog athletic program. From volleyball to basketball to rodeo to track and field to cross country, women’s programs have found success with conference championships, regional championships and as of last spring, a national championship.

That wasn’t always the case. With the exception of one year, 1905, there was no intercollegiate women’s athletics for nearly the first 70 years of the college. In 1905, the women of Montana State Normal College (MSNC) played a basket ball (no typo here, in 1905, the name of the sport was basket ball, two words, not one) game against the Montana Agricultural College of Bozeman, Mont.

In the yearbook, there was no actual score reported, only a poem describing their trip including seeing trolley cars and buildings with electricity and the game’s outcome. This was before the Bulldogs were the chosen mascot and the team was called the Normals. The final stanza of the poem said it all.

Though the Normals were not the winners,
Still they were not faint of heart,
For they were knew the time was coming
When they too could play their part

The W.A.A. was another very active campus organization. It sponsored numerous intramural women’s sports over the years and various campus social events. From archery, to badminton, to bowling, to ice skating, swimming and indoor base ball, (that’s right, another two-word spelling of a classic sport.) There was even field hockey and soccer. Many of the sports were played inside for whatever reason.

The W.A.A. required participation in one sport for one season and be present at three-fourths of the practices to become an official member. The W.A.A. awarded letters for participation. When a member was active in sports for five seasons and made three teams, she earned points and was eligible to receive a winged ‘M.’ (please note the winged ‘M’ worn by one of the archers in the accompanying photo). A large ‘M’ was awarded for participation for nine seasons of competition. The MSNC and WMC W.A.A. organization belonged to the Athletic Conference of American College Women, a national organization.

Twice yearly, new members were inducted into the W.A.A. in an elegant candlelight ceremony. Every Monday evening was their sports night. The W.A.A. also sponsored a party for freshman girls to introduce the freshman to college and and campus life. The organization also sponsored the very popular Sadie Hawkins dance, a campus social staple for many, many years.

Women’s basketball became an intercollegiate sport at WMC in 1966 followed by volleyball and gymnastics in 1969, and track and field in 1971. Track and field was discontinued due to a restructuring of the academic year. Later golf and rodeo, and for a short time an equestrian team become formal members of the Bulldog athletic department. Women’s track and field has been revived along with the addition of a women’s cross country team.

To quote an advertising phrase from the 1960’s, “You’ve Come a Long Way.” That perfectly describes women’s athletics at the University of Montana Western.

Research material for Throwback Thursdays is from the archives of Montana Western and the 100-year Centennial History Book. The 257-page book is available from the Montana Western Foundation, 710 South Atlantic; Dillon, Mont. for $50 which includes shipping.