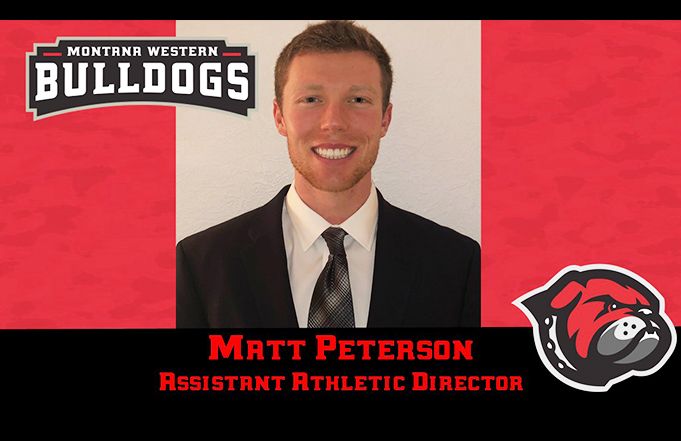 A Pullman, Wash. native, Peterson recently earned his Master’s Degree in athletic administration from Gonzaga University in May of 2019. He also earned his undergraduate degree in sports management and public relations from Gonzaga.

“We are excited to have Matt join the Bulldog athletic department,” UMW Athletic Director Bill Wilson said. “Matt really took advantage of many opportunities to gain experience in athletics administration during his undergraduate and graduate education. We look forward to him sharing those experiences at UMW.”

While an undergraduate at Gonzaga University he competed on the men’s varsity rowing team. Peterson also worked in the athletic ticketing department during the 2017-2018 year. He worked with the men’s and women’s basketball programs assisting with ticket sales and distribution.

Prior to attending Gonzaga, Peterson attended and played baseball at Columbia Basin College where he received his Associate of Arts Degree and the Northwestern Athletic Conference Leadership Award in 2015.

During the summer of 2015 Peterson worked with the Cougar Athletic Foundation at Washington State University. During his internship, he assisted in facilitating the athletic department’s major fundraising events. Peterson has continued his involvement with The Annual Cougar Legends Event, serving as an on-site volunteer for the past five years.

Peterson also has experience working in the National Football League. He served as an intern in the Football Operations Department with the Washington Redskins during the 2016, 2017, and 2018 Training Camps in Richmond, Virginia. Peterson recently completed an internship with the Seattle Seahawks, working in their football operations and team travel departments for the 2019 training camp at the Virginia Mason Athletic Center in Renton, Washington.

“I couldn’t be more excited for the opportunity to be a part of the University of Montana Western Bulldogs Athletic Department,” Peterson said. “Growing up in a smaller community and being involved in organized sport for the majority of my life, I understand how vital it is to rally the support and involvement of the community to create a platform for future success.”