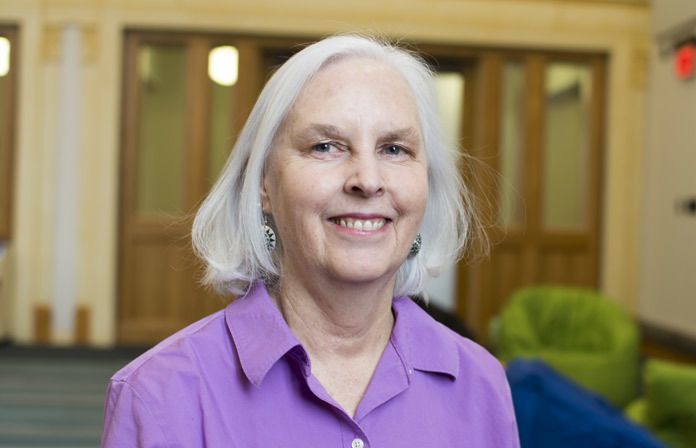 The focus of the project according to Norris-Tull’s website “is an investigation of the policies and practices used in the western United States to limit the spread of invasive plant species in rangelands, farms, forests, urban and suburban areas, natural areas and public land, in an attempt to evaluate the effectiveness of these efforts.”

Norris-Tull’s project can be found on invasiveplantswesternusa.org. The webpages summarize recent research, present interviews conducted with numerous state, county, and federal agency representatives, provide a historical perspective, and provide some insights into the current status of management of invasive plant species in the western United States.

Norris-Tull developed the website herself in an attempt to find answers about the global issues of managing invasive plant species. She is still in the process of adding content including more interviews with state and federal agencies to “add as many voices to the conversation as feasible.”

On her “Defining the Problem” page, Dr. Norris-Tull summarized why damage caused by invasive plant species is concerning.

Some invasive plant species have impacted wildlife and livestock, either directly, such as by poisoning livestock, or indirectly, by altering habitats.

A number of invasive plant species are expanding their ranges at an alarmingly rapid rate.

Some species, such as cheatgrass, are already facilitating an increase in Western wildfires.

Dr. Norris-Tull decided to focus on the western United States because “the first coordinated efforts in the United States to tackle the issue of invasive plants were carried out in the western states beginning in the 1930s. Due to frequent drought conditions and wildfires in the West, and the high altitudes and high latitudes of many of those states (resulting in very short growing seasons), managing invasive plants is arguably more challenging than in the eastern states. In addition to vast amounts of agricultural land, western states comprise rangelands that include prairies, forests, sagebrush steppe, and deserts, that present unique challenges to weed management.”

“I do not pretend to have the answers. At best, I will probably generate more questions. I am hopeful that the information presented in these pages will assist county, state, and federal agencies in better addressing the issues that are raised herein,” she states on her website.

The project is ongoing and the webpages are continuously updated as new information becomes available. To view the entirety of the project and to contact Dr. Norris-Tull, please visit invasiveplantswesternusa.org.