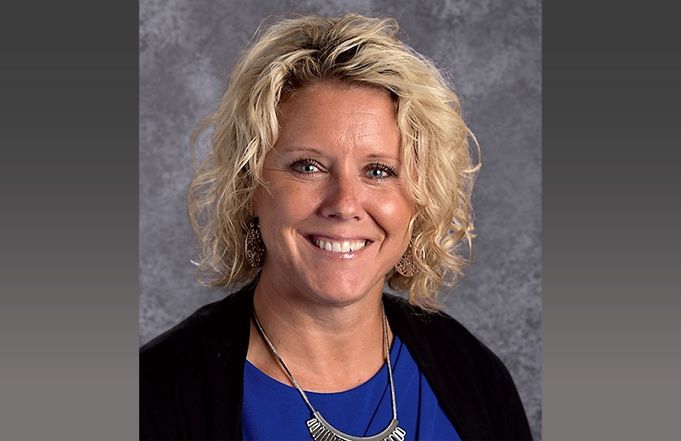 Jones was nominated and selected by her fellow principals through a statewide search process conducted by the Alaska Association of Elementary School Principals (AAESP).

Jones graduated from the University of Montana Western with a Bachelor’s Degree in Education in 1998, and then completed both a Master’s Degree in Teaching in 2003 and a Master’s Degree in Administration in 2006 from Grand Canyon University. She began her administrative career as a principal at Eagle’s View Elementary in Unalaska in 2007 and went on to be a principal in the Polson School District in Montana from 2010-2012, followed by principalships in Anchorage at Ocean View Elementary and Chinook Elementary from 2012-2019. She is currently completing her second year as principal at Trailside Elementary School.

Jones is a true and active leader in the profession. While in Montana, her school was named the Alta Care Western Program of the Year in 2010. She serves on the Alaska Association of Elementary School Principals Board of Directors. She has also represented principals in Anchorage on the negotiations committee. Jones has made numerous trips to Juneau to advocate for education in Alaska. She also mentors new principals both in Anchorage and around the state of Alaska. Her staff will tell you that one of the things that makes her leadership exemplary is the relationships she works to build and to nurture with staff, parents, students and the community. These relationships are what allows her school to be successful in supporting students’ growth, both socially and academically.

“I have learned that the art of making any situation better requires taking the time to listen and following through with tasks. As a leader, having high expectations for myself and the school builds trusting relationships and assists in closing gaps between students,” said Jones.

Jones will travel to Washington, D.C., in October 2021 for two days of activities planned to honor and recognize the elementary administrators selected by their respective states.

According to the AAESP, “Heather Jones is well-deserving of the National Distinguished Principals Award. We are proud to acknowledge her leadership and commitment to Alaska’s children.”