Most Famous Book by Local Author Coming to the Big Screen 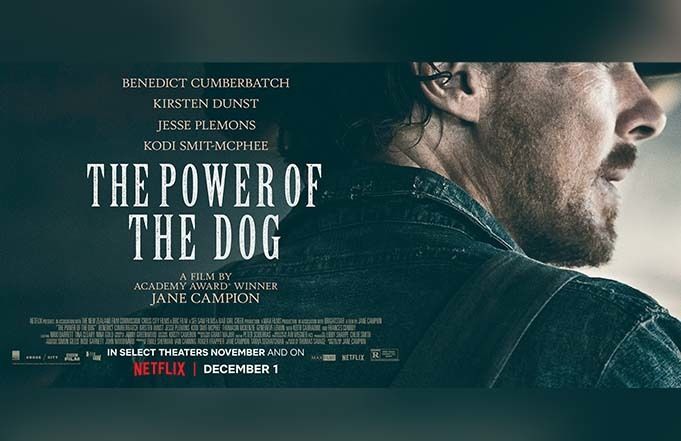 Story by Casey S. Elliott, originally published in the Dillon Tribune on November 17, 2021.

His most famous novel, “Power of the Dog,” will premiere this weekend at Big Sky Cinemas in Dillon. The movie, rated R and starring Benedict Cumberbatch and Kirsten Dunst, is a psychological drama based on 1920s-era life on the Montana ranch where Savage grew up.

The project got its start in 2018, when director Jane Campion (“The Piano”) and her production crew contacted now-retired University of Montana Western English Professor Alan Weltzien regarding the biography he was writing on Savage. “Savage West: The Life and Fiction of Thomas Savage,” Weltzien’s biography, published last year.

Weltzien, Big Sky Cinemas Manager Stan Smith and Savage’s nephew Sandy James provided tours and fleshed out the history of the area and of Savage. James is the “unofficial historian” of the family, Weltzien said.

Though the movie was filmed in New Zealand, Montana ranchers from Helena assisted Cumberbatch in his preparation for the role of Phil Burbank. That assistance included instruction on how to ride horses and braid rawhide. Smith said Campion’s production team wanted to film in Montana, but cost and logistical issues prevented it.

“I’m excited about having (the Montana premiere) here,” Smith said. “The movie relates to Dillon and Beaverhead County. In the 1920s – which is what time period this is based on – is when my grandparents and great-uncles were at the height of their ranching here in the Dillon area. They all knew each other, they sorted cows together. It’s a cool connection.”

Weltzien noted “The Power of the Dog” had been optioned for the movie rights eight- to 10 times since 1967. Campion’s interest in a movie adaptation began after a relative raved about the book.

Weltzien attended the North American premiere of the movie at the Telluride Film Festival in Telluride, Colorado, in September. He said he was impressed with the performances, and Campion’s ability to capture the satire and nuance of Savage’s novel.

“She’s so faithful to the spirit of the novel,” he said. “This director has a history of doing astonishing literary adaptations.”

Though Smith said he has not yet seen the movie, the reviews coming out in the national media are encouraging.

“They talked about how it is keeping the spirit of Montana in this movie – and southwest Montana specifically – in the atmosphere, the environment of the story. That’s what I really like,” he said.

The premiere event will begin at noon Saturday, Nov. 20 at Big Sky Cinema.

There will be a question-and-answer session with Weltzien and James. The Bookstore Owner Debbie Sporich will be in attendance with copies of Savage’s “The Power of the Dog” and Weltzien’s biography available for sale.

“The Power of the Dog” will be available to stream on Netflix Dec. 1