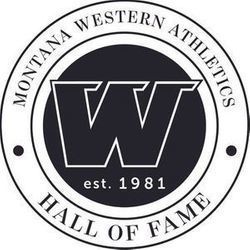 Dr. Janelle Handlos: An alumna of Montana Western, Handlos served as the Interim Athletic Director from 2012-13 and again in 2021. She served as a member of the UMW Athletic Department staff from 2001-15, athletic trainer from 2001-06, and head athletic trainer from 2007-15. Since fall 2015, she has taught full-time in the Health and Human Performance Department and served as Department Chair. Handlos has mentored countless students and student-athletes during her career and is a highly active and supportive member of the Dillon Community.

Rob Hankins: A standout linebacker for the Bulldogs who was a member of the Bulldog teams that won three straight Frontier Conference titles in 1993, 1994 and 1995, Hankins was named All-Conference in 1995, 1996 and 1997 and was named All-American in 1994 and 1995. Currently, Hankins serves as the Hardin High School principal, a role he has held for the past 12 years and has worked in education at schools throughout the state, including teaching and coaching at Beaverhead County High School in Dillon.

The Hall of Fame Induction Ceremony and brunch will be held on Saturday, October 1st, 2022, starting at 9 a.m. in the Lewis and Clark room in Mathews Hall on the UMW campus. The brunch is free for ages 5 and below, $10 for ages 6-17 and $20 for adults. To purchase tickets, please contact Kelly Allen in the Montana Western Foundation office at 406-683-7306 or kelly.allen@umwestern.edu. ­­