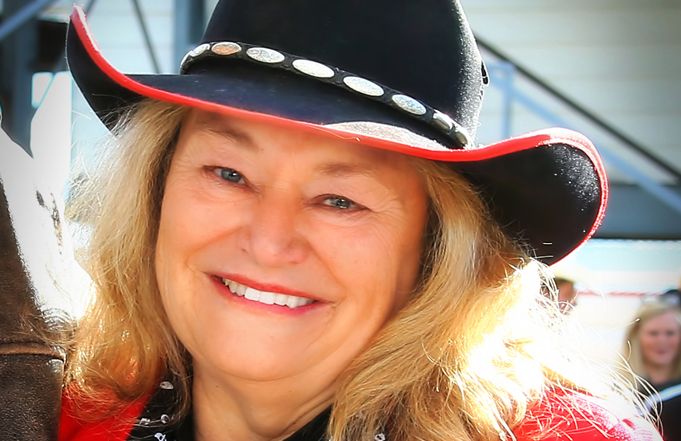 Upon receiving the Lifetime Achievement Award, Else received a standing ovation from the hundreds of people in attendance at this year’s event.

Else was born in Salmon, Idaho and grew up in Tendoy where her parents ran the Tendoy Store. She attended school there through sixth grade and then went to Leadore for junior high and high school. Else has attended every Montana Western Rodeo Banquet since the inaugural banquet held in 1968 when she was a visiting recruit looking at what was then called Western Montana College. Else graduated from Leadore High School in 1969 and went to WMC that fall. She competed in barrel racing, breakaway, team roping, and goat tying. She was Homecoming Queen in 1971, runner up for Miss Western in 1971, and Miss Rodeo Idaho in 1973, going on to compete for Miss Rodeo America. She was a member of the Central Board and student government, Spurs (a service organization), a Resident Assistant and manned the college switchboard.

Else has been the faculty advisor for Montana Western Rodeo and took over as head coach in 1994. During her tenure as coach, Else cultivated several top notch rodeo competitors including seven National College Finals Champions and one National Finals Rodeo Champion. Rodeo Team members have held positions in national rodeo organizations and have received many awards including the Montana Western Women’s Team winning the Big Sky Region five years in a row from 1998-2002, and in 2000 UMW won nine of the 11 individual titles.

Else also received the 2018 National Intercollegiate Rodeo Association (NIRA) Coach of the Year award and is not only the only woman to have received this achievement, but also the only coach to receive the award twice. She first received the award in 2004. Else retired as head UMW rodeo coach in 2018, but she continues to teach at Montana Western.