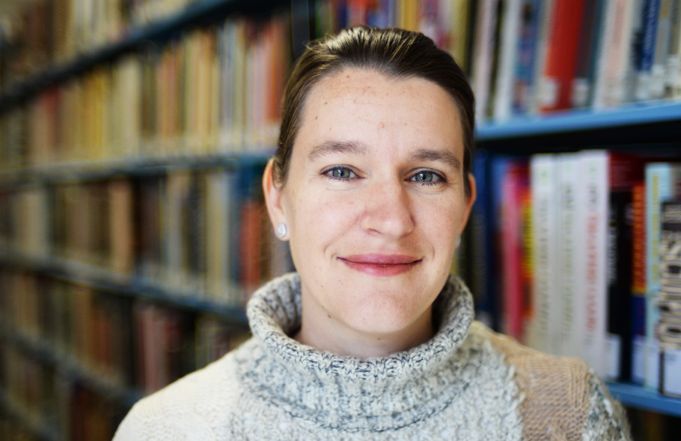 Carlson is one of over 800 U.S. citizens who will teach, conduct research, and provide expertise abroad for the 2019-2020 academic year through the Fulbright U.S. Scholar Program. Recipients of Fulbright awards are selected on the basis of academic and professional achievement, as well as record of service and demonstrated leadership in their respective fields.

“The Fulbright U.S. Program is a competitive review process and Dr. Carlson’s selection as a Fulbright Scholar recognizes her distinguished accomplishments and abilities as an educator and researcher. The University of Montana Western congratulates Dr. Carlson as a recipient of this prestigious award,” said Deb Hedeen, Provost and Vice Chancellor for Academic and Student Affairs at Montana Western.

Carlson plans to teach several courses including “Victorian Representations of Africa and Asia,” “Western American Literature” and “As Seen on TV: American Televisual Culture” which will focus on topics including nineteenth century literature, American television and popular culture.

Carlson earned her B.A. in English and French from Chapman University and her M.A. and Ph.D. in English literature from the University of New Mexico.

During her stay, Carlson will research two prominent authors in British society in the 1800s, Sarah Stickney Ellis, and her husband, William Ellis. The research is an expansion on her 2011 doctoral dissertation focused on gender ideology in Sarah Stickney Ellis’s works.

Both William and Sarah published several works about Madagascar based on William’s visits as a missionary, and their commentaries were among the most prominent and widely read English-language texts about Madagascar in the 1860s in both England and the United States.

Carlson plans to focus on writing a literary biography on William and Sarah during her time in Madagascar based on research from archival records relating to the London Missionary Society. She has already conducted archival research on the Ellis’s during several trips to England and is hoping to expand her research to other areas of the world where William Ellis travelled and worked.

“One of the greatest things about archival research is that you never know what you might find. While I work on gathering information for my book project, I have no doubt that I will find many interesting bits of history that I can neither foresee nor imagine at this time, but which I expect will provide fuel for one or more journal articles. Most importantly, I intend to keep an open mind as I conduct my research,” said Carlson.

To learn more about Montana Western or to schedule a visit, please call 877-683-7331 or visit umwestern.edu.