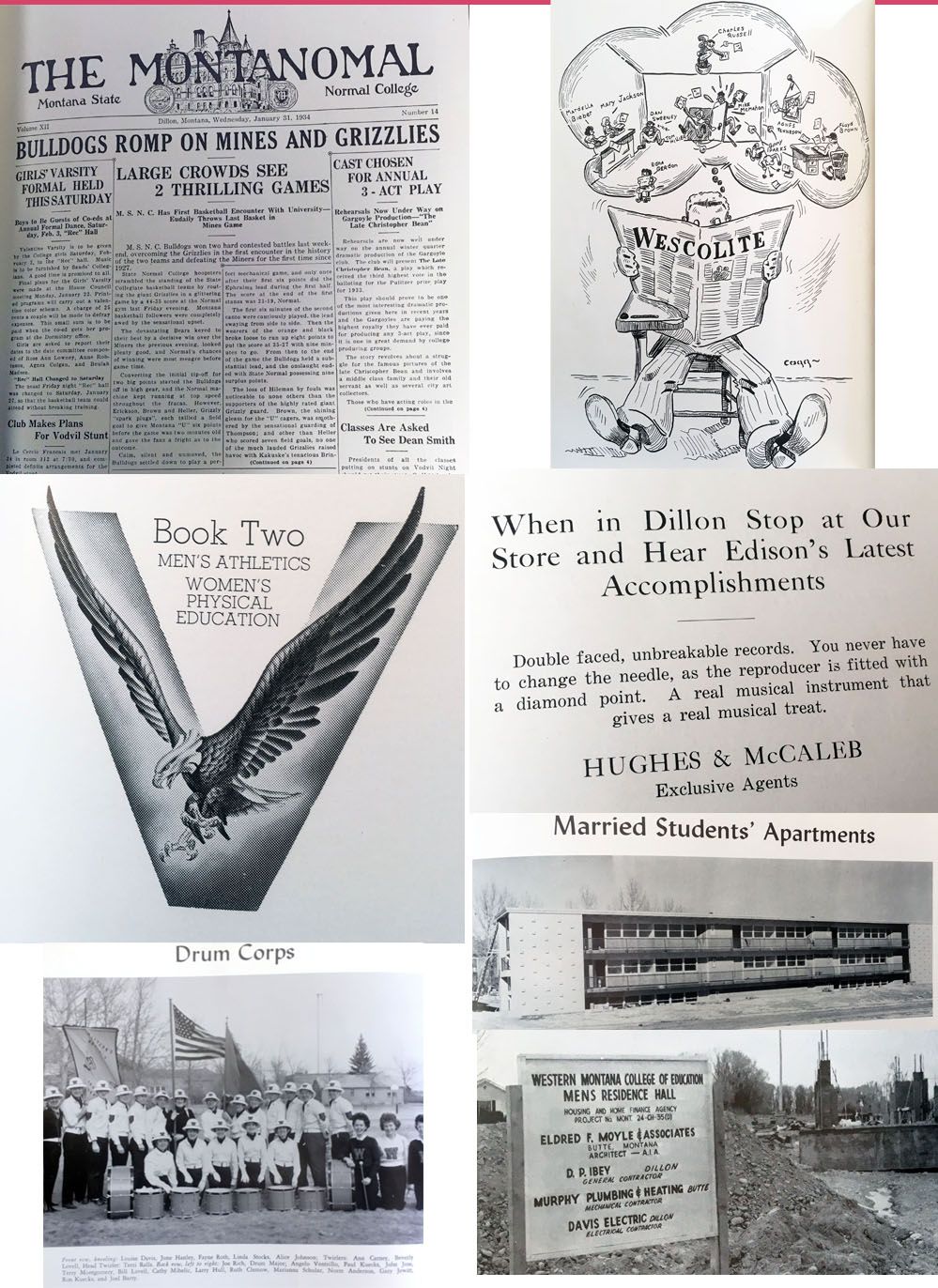 The 127-year history of the University of Montana Western has been recorded in yearbooks, student newspapers and scrapbooks. With all that resource material, there are a lot of fun, interesting and fascinating facts waiting to be rediscovered and remembered.

In the midst of basketball season, here’s an example that shows that criticism of sports officials is not a new thing. In the 1905 annual, there was a little story about an early, early basket ball game. Yes, that’s right, basket ball, two words, remember from an earlier Throwback Thursday, that is how the game was described then.

On Feb. 18, 1905, Montana Normal College (M.N.C.) hosted Montana College (M.C.) of Deer Lodge. As the article read, “the M.C. boys had the art of leaping like Mercury of old. The M.N.C. boys played like the valiant Spartans. Our boys were outclassed in size and weight, but in quickness and ability, the two teams were evenly matched. Our boys lost 24-14 and the blame was laid, as is customary, upon umpiring.”

The writer of this game wrap-up decided to vent in a literary way in his opinion of the umpiring (notice, they were not officials or referees but umpires) with a short poem.

Decisions of umpires remind us all
There are better ones now and then,  Given out, they call forth murmurings
‘Gainst those “traditionally” unfair men

Staying with basketball, there was a time when the Montana State Normal College (MSNC) competed against the Montana Grizzlies in men’s basketball in the same league. The first game between the two schools was played on Jan. 26, 1934 in Dillon, Mont. in front of a large crowd in the MSNC gymnasium. The Bulldogs won that historic game by a score of 44-35. The game results were front page headlines in the student newspaper, the Montanomal.

1943 marked the second year of the United States in World War II. Many MSNC male students had put their college education on hold and were serving in the armed forces. Many more were in the waiting mode. There was no shortage of patriotic gestures throughout that year’s Chinook yearbook. In fact, each section of the yearbook was marked with a ‘V’ for Victory sign that featured a determined looking bald eagle. This was the last yearbook until 1946 due to the war.

The 1943 faculty-students Christmas party was held in the dining room of the residence hall (now called Mathews Hall). Each table was decorated with Christmas boughs and one red candle. It was noted that ‘dinner was eaten by candle light.’ After dinner, Christmas carols and patriotic songs were sung, followed by dancing.

In 1947, Rush Jordan became the sixth president of the college. He would serve until 1956. Two years later, the newest residence hall was named after him.

In 1953, Jim Corr, a future Hall of Famer, decorated the Chinook with his art work. Corr also served as president of Kappa Pi-Omicron Chapter, a national fine arts honorary fraternity. He also excelled on the baseball diamond and later in life was inducted into the Bulldog Athletic Hall of Fame and into the Montana Western Education Hall of Fame.

In 1962, four majors; art, business, industrial arts and music were reduced to minors. Five years later, in 1967, they were restored to majors.

In 1963 the Western Montana College campus continued to grow with the completion of the Married Student Housing apartment building and the beginning of construction of Centennial Hall, the newest men’s residence hall. The construction began in the spring with the goal of opening in the fall of 1964. The newest dorm would feature three floors of student rooms with a study room for each floor. There would be a TV room along with storage space in the basement.

The married student apartments were either one or two bedrooms and were unfurnished except for a range, sink and refrigerator. It was noted that they were within walking distance of all campus buildings.

Also in 1963, a drum corps was organized. Sadly, the drum corps only lasted a few years. It looks like it was victim of lack of resources and lack of participants.

Finally, take a look at an ad from a Chinook of the 1920’s. A glimpse of a good turntable’s great grandfather! Unbreakable records and a machine you never have to replace the needle!