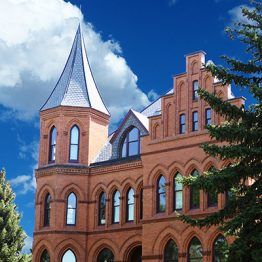 The film, set in western Montana, portrays a grieving college professor who confronts two hunters she catches trespassing on her property and is drawn into an escalating battle of wills with catastrophic consequences. Filming at UMW will take place March 29-April 2.

Faculty, staff, students, and community members who are interested in being an extra or potentially having a speaking role (the casting need for these scenes are primarily for background actors that will be students between 18-25 years of age and faculty who are between 40-70) can audition by emailing godscountrycasting@gmail.com the following as soon as possible:

union status (if in an acting union)

two recent photos: a medium shot (from the chest or shoulders up) and a full body shot. Selfies will work for this purpose, professional photos are not required.

any scheduling conflicts between March 26th and April 2nd

If they are open to doing background work

If they would like to be considered for speaking roles, and if so, to include additional material they might have such as an acting resume or reels.

Please email godscountrycasting@gmail.com if you have any questions about the audition materials.

Screenwriter Shaye Ogbonna and director Julian Higgins adapted the script from James Lee Burke’s short story Winter Light. Burke is The New York Times bestselling author of the Dave Robicheaux detective series and numerous other novels. He has received two Edgar Awards and the Grand Master Award from the Mystery Writers of America, as well as a Guggenheim Fellowship for Creative Arts in Fiction and a nomination for the Pulitzer Prize according to deadline.com.

The film will headline Emmy-winning actress Thandie Newton. Newton is an English actress known for starring in HBO’s science fiction western series Westworld, for which she has earned a Primetime Emmy Award for Outstanding Supporting Actress in a Drama Series.

Filming for God’s Country began in spring 2020 before production was halted due to COVID-19. Production company Cold Iron Pictures has also filmed several scenes in the Livingston, Mont. area, but will be arriving in Dillon, Mont., in late March to film several scenes on the University of Montana Western campus and will be following both the UMW and Screen Actors Guild COVID-19 health protocols. This will be the first time the UMW campus will be highlighted in a feature-length film.