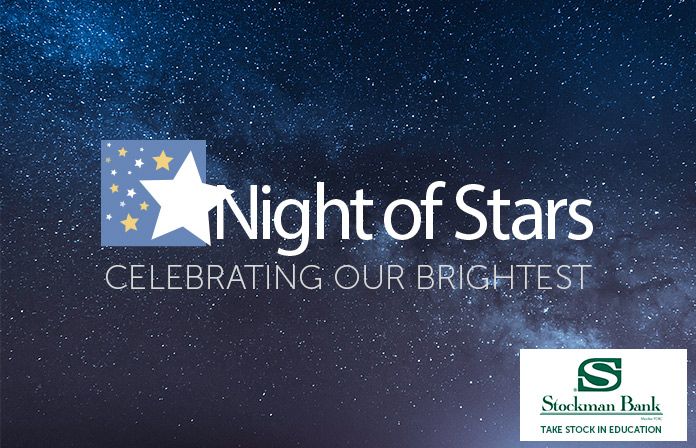 The schedule of events includes the Education Hall of Fame Induction Ceremony at 6:00 p.m. in the Beier Auditorium, followed by drinks and hors d’ourves at 8:00 p.m. in the Lewis and Clark room, located in Mathews Hall.

For additional information or to purchase tickets to the Night of Stars, please contact the University of Montana Western Alumni Office at 406-683-7306.

Earl Barlow received his Bachelor’s of Science in Elementary Education in 1948 from Montana State Normal College (now the University of Montana Western) with honors, followed by his Master’s Degree in Education in 1959 from the University of Montana. During his time at Montana State Normal College (MSNC) in Dillon, Barlow was elected as President of the Student Body in his senior year, served as President of the Chanticleers, and was a sports editor. In 1979, Montana State University awarded Barlow with an honorary Doctorate of Humane Letters in recognition of his accomplishments in the field of Indian Education.

Barlow’s career in education spanned thirty years in public education in Montana, followed by fifteen years of federal service outside the state. After graduating from MSNC, Barlow worked in Hot Springs, Montana, on the Flathead Indian Reservation as a teacher, elementary principal, and Superintendent of Schools for 18 years from 1948-1966. He then worked as a Superintendent of Schools in Stevensville, Montana from 1966-1969, as Supervisor of Indian Education of the State of Montana from 1969-1972, and as Superintendent of Schools in his hometown of Browning, Montana, from 1973-1978. Following his work in Montana, he served as the Director of the Office of Indian Education at the Bureau of Indian Affairs, in Washington, D.C. from 1979-1981. After his work in Washington, D.C., he was the Area Director for the Minneapolis Area Office for the Bureau of Indian Affairs starting in 1982, concluding with Barlow’s retirement in 1994.

In 2019, Governor of Montana, Steve Bullock, proclaimed every June 2nd to be recognized as Earl J. Barlow Day in Montana and “to call on all Montanans to recognize his lifetime of dedication towards enhancing Indian Education, Native American Rights, and for providing an endless source of knowledge and wisdom to future generations.”

Anke Dhane Davis, from Choteau, Montana, received her Bachelor of Science in Elementary Education in 1968 from Western Montana College in Dillon (now the University of Montana Western).

Davis began her teaching career in Wisdom, Montana in the fall of 1968. She taught there for three years and then in 1985, began teaching again in Jackson, Montana. She remained teaching there until the spring of 1990. In the fall of 1998, Davis took a teaching position as the first and second grade teacher at Greenfield Elementary School located near Fairfield, Montana.

Davis was chosen as the 2008 Montana Rural Teacher of the Year and served as the Treasurer of the Alpha Gamma Chapter of Delta Kappa Gamma.

Upon receiving the Rural Teacher of the Year Award, she shared her thoughts on being an educator.

“In the teaching profession, it goes without saying that to have a humble heart opens your life to all kind of possibilities. When you love to teach, you teach from your heart, and it is from there that you truly reap your rewards,” Davis said in an article published in the Choteau Acantha.

“Anke’s heart and soul are involved in educating young children,” Teton County Superintendent Diane Inbody wrote in the nomination she submitted to the Montana Association of County Superintendents of Schools for the award. “She makes every moment a ‘teachable moment.’ Everyone should be so lucky as to have a teacher with Anke’s heart, spirit and dedication.”

Jim Keef, from Butte, Montana, graduated from Western Montana College in 1960 with a Bachelor of Science in Secondary Education. After graduation, Keef furthered his education by earning his Master’s Degree in Education in 1962, followed by receiving his Doctorate of Education in 1976.

Keef worked as a secondary education science and social studies teacher for 13 years in Montana and Oregon. Then he served as an elementary and secondary education building principal for 21 years. Keef has left a lasting impression in every school he has been, including: serving as a K-12 Montana School District Superintendent in Choteau, Montana, for two years and three years in Livingston, Montana. He served as President of the Shelby, Montana Kiwanis Club and Richland, Washington Kiwanis Club, as well as Key Club advisor at Shelby High School for four years. He also served as a Tri-Cities, Washington United Way Campaign Loaned Executive, and the Washington State Elementary Principals State Convention Planning Board and served as President of the Southwest Retired Educators Association in Dillon for five years and has delivered the commencement address at both Shelby High School and Park High School.

He has published educational articles in the Clearing House Journal, Washington State Superintendent of Public Instruction Bulletin, the Montana Standard, the Dillon Tribune, and the Dillonite Daily in support of public education.

Kent Paulson, from Outlook, Montana, received his Bachelor of Science in Secondary Education (Biology and Health & Physical Education) in 1973 from Western Montana College followed by his Master’s degree in Education with a Guidance and Counseling Endorsement in 1979.

Christina (David) Sieminski, from Clancy, Montana, graduated with high honors from the University of Montana Western in 2005 with a Bachelor of Science in Secondary Education (Biology and Earth Science).

Since completing her degree at UMW, Sieminski has served as a science teacher at Capital High School in Helena, Montana. She furthered her education by earning her Master’s Degree in Education in 2010.

She has been a member of the Safety Committee, Response to Intervention and Differentiated Instruction teams, and served as an advisor for the Key and Science Travel Clubs, the founder of the Niceness is Priceless program for the Helena School District, Department Coordinator, and a class sponsor. Sieminski is also a Track and Field and Volleyball coach for Capital High School and a middle school basketball coach.