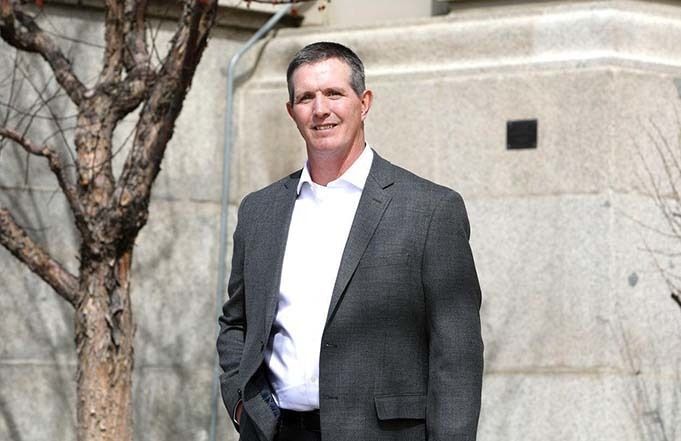 Gallagher served in the United States Navy and was honorably discharged in 1986. Three years later, he started at Montana Western when the university was rebuilding their football program under the direction of Coach Mick Dennehy. A gifted leader, Gallagher was the team captain for three years, academic all-conference and a four-year all-conference safety. He was inducted into the Bulldog Athletics Hall of Fame in 2002 for his leadership and performance on the field and his efforts in assisting Coach Dennehy in rebuilding the program.

After graduation, Gallagher taught and coached football at Choteau High School and Flathead High School before heading to Butte High in 2003 where he taught physical education and history over the next seven years and served as the head golf coach. He then spent five years as principal at Whittier Elementary School before he was named Butte-Silver Bow Parks and Recreation Director in 2015. As Director, he was responsible for the design and development of over 20 million dollars in park and trail improvements in the City of Butte.

In 2020, Gallagher ran for Chief Executive Officer of Butte-Silver Bow and was elected on November 3, 2020.

“Montana Western is proud to honor J.P. Gallagher with the Alumni Distinguished Service Award. His impact as an educator, public servant and supportive alumnus make him the perfect candidate for this award and we are grateful for the opportunity to recognize him,” said Montana Western Foundation and Alumni Director, Roxanne Engellant. “His commitment to his students, community and alma mater are unparalleled.”

The Montana Western Alumni Office will host a luncheon in the Lewis and Clark Room in Mathews Hall on Friday, May 6, at 11:30 a.m. to honor Gallagher and the Montana Western classes of 1997 and 1972. Tickets are $15 and available by calling 406-683-7306. The commencement ceremony will begin the following day at 10 a.m. in the Straugh Gymnasium on the University of Montana Western campus.