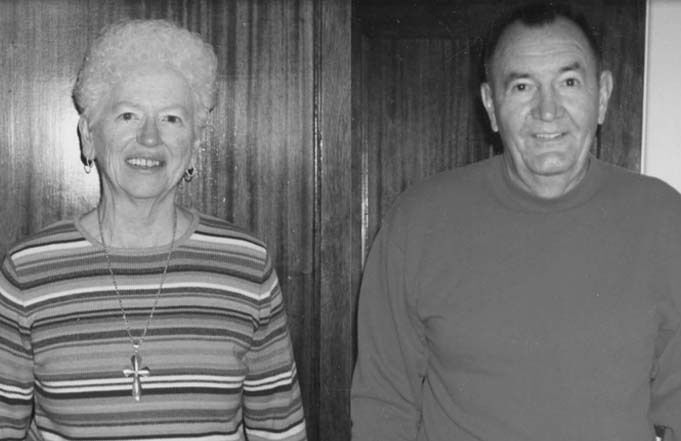 William (Bill) Mular was a long time Dillon educator who moved to Butte, Montana from North Dakota in the late 30s. A graduate of Butte High, Bill was a football standout, chosen to the 1950 East-West Shrine Football game. He married Gerta Huber in 1952 and they moved to Dillon four years later. Bill served in the United States Army from 1954-1956, where he played football with the 4th Armored Group and participated in track and field with the Army’s V Corps. His athleticism gained him scholarships from Boise Junior college, Montana Tech, and Western Montana College (now the University of Montana Western).

Bill completed a B.S. and M.S. from WMC and began his teaching career in 1958 at Beaverhead County High School (BCHS) in Dillon where he taught science and was respected by his students and colleagues. An avid outdoorsman, Bill’s favorite sport was fishing the Beaverhead River. Bill retired from BCHS in 1984 but continued as a substitute teacher in a variety of subjects.

Originally from Butte, Montana, Gerta Mular was a Valedictorian from Butte High School, graduating in 1950. After graduation, she attended Cottey College in Nevada, Missouri, from 1950-51, then the University of Montana from 1951-52 before attending WMC. She graduated with a B.S. in Education in 1963 and a Master of Education degree from Western Montana College in 1983.

In Dillon, Gerta went on to teach at the Bagley School, Beaverhead County High School, Dillon Middle School, the University of Montana Western and at schools in Ely, Nevada. Throughout her career, she taught several subjects including P.E., Biology, Business, and Spanish.

In the community, Gerta was a member of several service organizations and groups, including the Jaycees, Kiwanis, P.E.O., Beaverhead County Museum, Bridge Club and Book Club and is an active member of her church.

Over the years, Gerta attended almost every local academic, sporting and visual arts event and was committed to helping UMW complete the Legacy Plaza project.

In honor of their parents, the family of Bill and Gerta Mular have established a $1,000 annual scholarship to be awarded to a student-athlete from Montana attending the University of Montana Western. The recipient must have a strong work ethic and maintain a 3.2 GPA or higher. Preference will be given to an incoming UMW freshman, but the scholarship may also be awarded to a full-time returning student.

Montana Western students can apply for this scholarship opportunity online at www.umwestern.edu starting November 1 to be awarded for the first time in fall 2023.

If you would like to learn more about this scholarship or the University of Montana Western Foundation, please contact Executive Director, Roxanne Engellant: 406-683-7305 or roxanne.engellant@umwestern.edu.