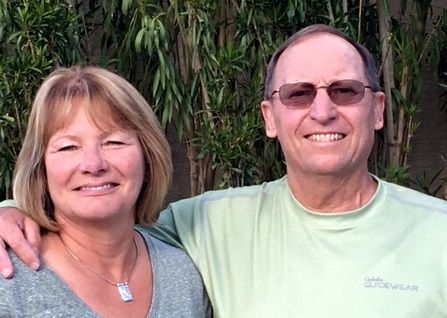 Terry and Linda Rosin were both inducted into the Montana Western Education Hall of Fame this year. The couple graduated from the university in 1974 back when it was Western Montana College.

They went on to pursue careers as teachers. Terry taught science, and Linda taught music.

The year after graduation they each started teaching in Grass Range, Mont. before accepting positions in Stevensville five years later.

Linda taught band and choir for grades 7-12 for two years. She started the elementary music program in 1981. In 1983, she created an elementary choir for fifth and sixth graders.

In addition to her teaching responsibilities, Linda was a member of the Montana Federation of Teachers, the Music Educators’ National Conference, the Montana General Music Teachers’ Association and the Treasure State Orff Chapter.

Terry taught science for grades 7-8 and was the Stevensville Science Fair director for 35 years. He also helped bring the Biomedical Research After School Scholars program to Stevensville.

In addition to teaching, he coached boys and girls basketball and track, and served as an assistant athletic director. He is a member of the Montana Coaches Association and the Montana Officials Association.

Educators like Terry and Linda Rosin will continue to be honored at the Night of Stars each year thanks to the partnership between the University of Montana Western and Stockman Bank.

Do you know an outstanding educator from the University of Montana Western? If so we want to hear from you! We are currently soliciting nominations for the 2019 Education Hall of Fame Awards. Contact Vanessa Graham at 406-683-7303 to get more information.