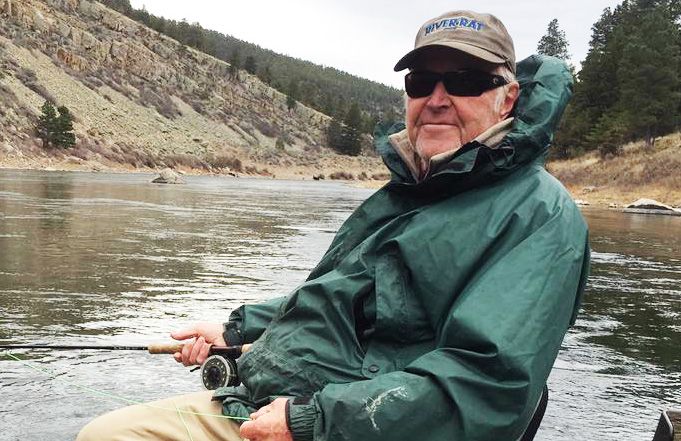 Montana Western Alum, Tony Schoonen, was recently inducted into the Montana Outdoor Hall of Fame. These honors are presented by the Montana Outdoor Legacy Foundation, a philanthropic group which raises funds for conservation efforts throughout the state.

Schoonen’s love of the outdoors started at a young age. The first 14 years of his life were spent in the Montana State Orphanage in Twin Bridges until he was adopted by Sylvester Seidensticker.

The Seidensticker family owned a large ranch, and Schoonen grew to love his time spent wandering the property accompanied by his pet springer spaniel.

Before receiving his master’s degree in Education and School Administration in the late 1950s from Montana Western, then called the Western Montana College of Education, he served in the army and was stationed in Germany. During his time at Montana Western, he was good friends with Coach Casey Keltz and Bill Straugh.

The Montana Western alum graduated from the university and then started a career in education that lasted 30 years.

Schoonen worked as a teacher and principal in Whitehall, Cardwell, and Butte, Mont. During his ten years in Whitehall as a full-time principal, he met his future wife, Margaret Ann Kuhl and they went on to start their family. They had four children, Tony Jr., Maggie, Jack and Rebecca, before moving to Butte where he would serve as a principal for the next 18 years. In the early 1960s, he earned a seat on the Montana State Legislature.

A lifelong conservationist, Schoonen would go on to pass legislation that protected streams and rivers from encroaching highways. He later worked with the Montana Coalition for Stream Access to make it easier for fishermen and nature lovers to access their favorite bodies of water.

“The most important legislation that I was involved in was our long standing stream access proposal which Governor Schwinden signed into law in 1985. The Stream Access law has withstood all challenges up to the present time,” said Schoonen.

Schoonen feels his background at Montana Western played a leading role in his future as a teacher, administrator, and public speaker, as well as providing him a means to support his future family.