Montana Shakespeare in the Schools to Present Julius Caesar 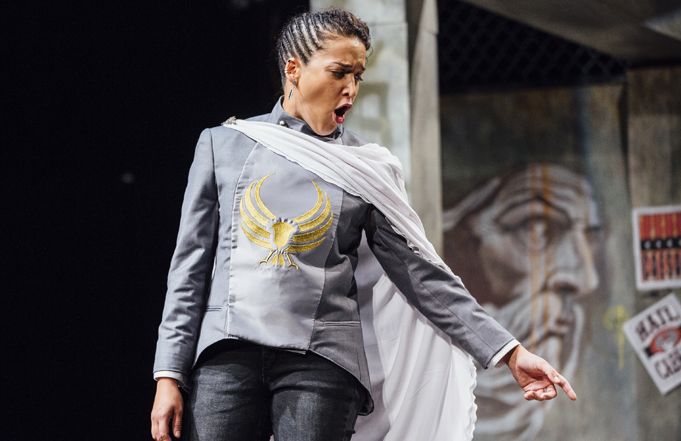 “For our production of Julius Caesar, audience participation is critical. The audience acts as citizens of Rome who play an important part in determining the course of the play. We invite the audience to listen carefully, be alert and respond to what is happening when called upon,” stated MSIS.

The play is set in 44 BCE, when political greed and dishonesty were at an all-time high. Julius Caesar was a bright spot in the thriving Roman empire. After being appointed dictator for life, the Senate organized a plan to murder Caesar based on their fears that this would harm the Republic.

This production allows the audience to ponder upon the plot, motivation, intentions and thirst for power and beliefs through the words and actions of the central characters.

Julius Caesar will be performed on December 6, 2018 at 10 a.m. and 1 p.m. in the Beier Auditorium at the University of Montana Western. The performances are 80 minutes in length.

Tickets will be available at the door; $10 general admission, $5 seniors and youth, and $2 per student in student groups (recommended for grades 6 and above). Please contact judy.ulrich@umwestern.edu for additional information.