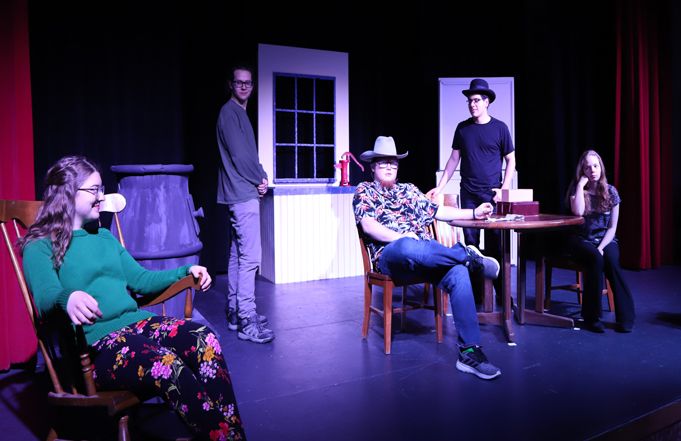 Susan Glaspell’s “Trifles” originally debuted in 1916 and is considered an early illustration of feminist drama. The play, packed with mystery and comedy, portrays the murder of John Wright. While the male characters in the play try to pin the murder on Mrs. Wright, two female characters work in the shadows to solve the murder. The men view the women as delicate beings who are only attentive to the trifles of women’s work. Unbeknownst to investigators, these trifles play a key role in solving the murder.

“I invite you to join us as we unravel the purpose of justice and morality through this play,” explains director Cassandra Punohu, Montana Western student and Hawaiian native.

Punohu has been involved in a plethora of Montana Western’s drama program productions. She also inhabits an outstanding theatrical background which ranges from prop master to stage manager.

As a prelude to “Trifles,” before every performance, there will be four short scenes and musical numbers presented by several faculty and community members assisting with the show. Handiwork by women will also be displayed in the lobby.

Performances take place at 7:30 p.m. in the Small Auditorium (Main Hall 314) located on the Montana Western campus. Ticket prices are $10 for adults, $5 for youth and seniors, and free to all Montana Western students.

The shows are made possible by generous funding from the Bank of Commerce, ASUMW and Student Senate.