Sheila Kirkpatrick Massar to be Honored at Rodeo Club Banquet 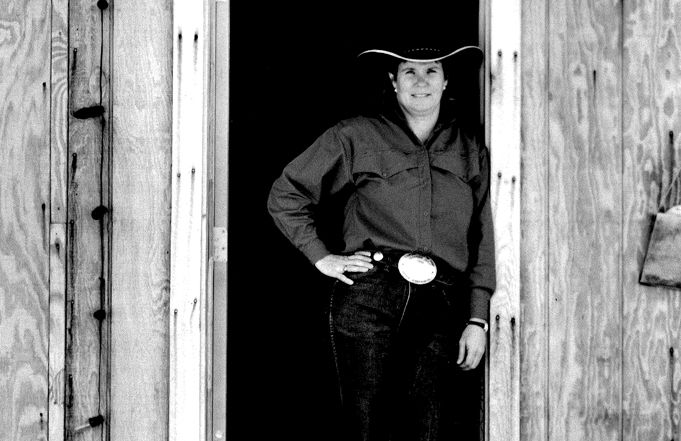 Massar feels as though she has always had an eye for hats. Her father was a rodeo announcer and she would often travel around with him to rodeos. At the age of about 10, Massar started shaping hats on her own.

She gained more experience shaping hats while she worked at a sporting goods store. From there, she went on to work for a custom hatter in Billings, Mont. for a year and a half. Massar later moved to Wisdom, Mont. and opened Kirkpatrick Custom Hatters in 1983.

Massar operated her hat company until the mid 1990’s when the duties of the ranch required her to take a step back from hat building. Her hiatus didn’t last long because by 1999 she was back to building one of a kind custom hats. She opened Montana Mad Hatters in Twin Bridges, Mont. and operated it successfully for several years. Her daughter, Ericka Kirkpatrick, continues to operate the business today.

Massar, who was inducted into the National Cowgirl Hall of Fame in 1992, has had the opportunity to build hats for a list of reputable people including actors Cheryl Ladd (Kris Munroe on Charlie’s Angels) and Tim Scott (Pea Eye on Lonesome Dove), country-western singer Hank Williams Jr and T.V. personality Willard Scott. The state of Montana even commissioned Massar to build a hat for U.S. President George H.W. Bush.

“The cowboy hat is a symbol for the rodeo culture and Sheila makes some of the best hats around,” UMW Head Rodeo Coach, Kody Lahaye, stated.

Even though famous people have worn Massar’s creations, she holds dear the fact that cowboy hats are a necessary tool for many hard working men and women. Knowing that, Massar reasonably prices her hats so her quality workmanship can be worn and appreciated by all.

“My dad taught me to never forget where you come from. I am most proud of having the honor to make cowboy hats for the cowboys and cowgirls who continue to keep alive our western heritage,” Massar stated.

Massar has been a longtime supporter of the Montana Western Rodeo Program, donating hats to their annual banquet nearly every year since the celebration began. Currently, Montana Mad Hatters donates two hats annually to Montana Western, one is auctioned off at the Rodeo Club Banquet, and the other will be up for bid during Montana Western’s Annual Colt Sale.

Masser is incredibly humbled to be honored by the UMW Rodeo Team. She attests that she does it for the students saying “I’m very excited to see the kids that come out of the Montana Western Rodeo Program. I really believe in them.”

“It is the support of individuals like Sheila that have made the rodeo program into what it is today. The Montana Western Rodeo Team, as well as myself, would like to thank Sheila for her continued support over the years,” said Lahaye.

To learn more about the Rodeo Club Banquet or to purchase tickets, please call the UMW Foundation at 683-7306.