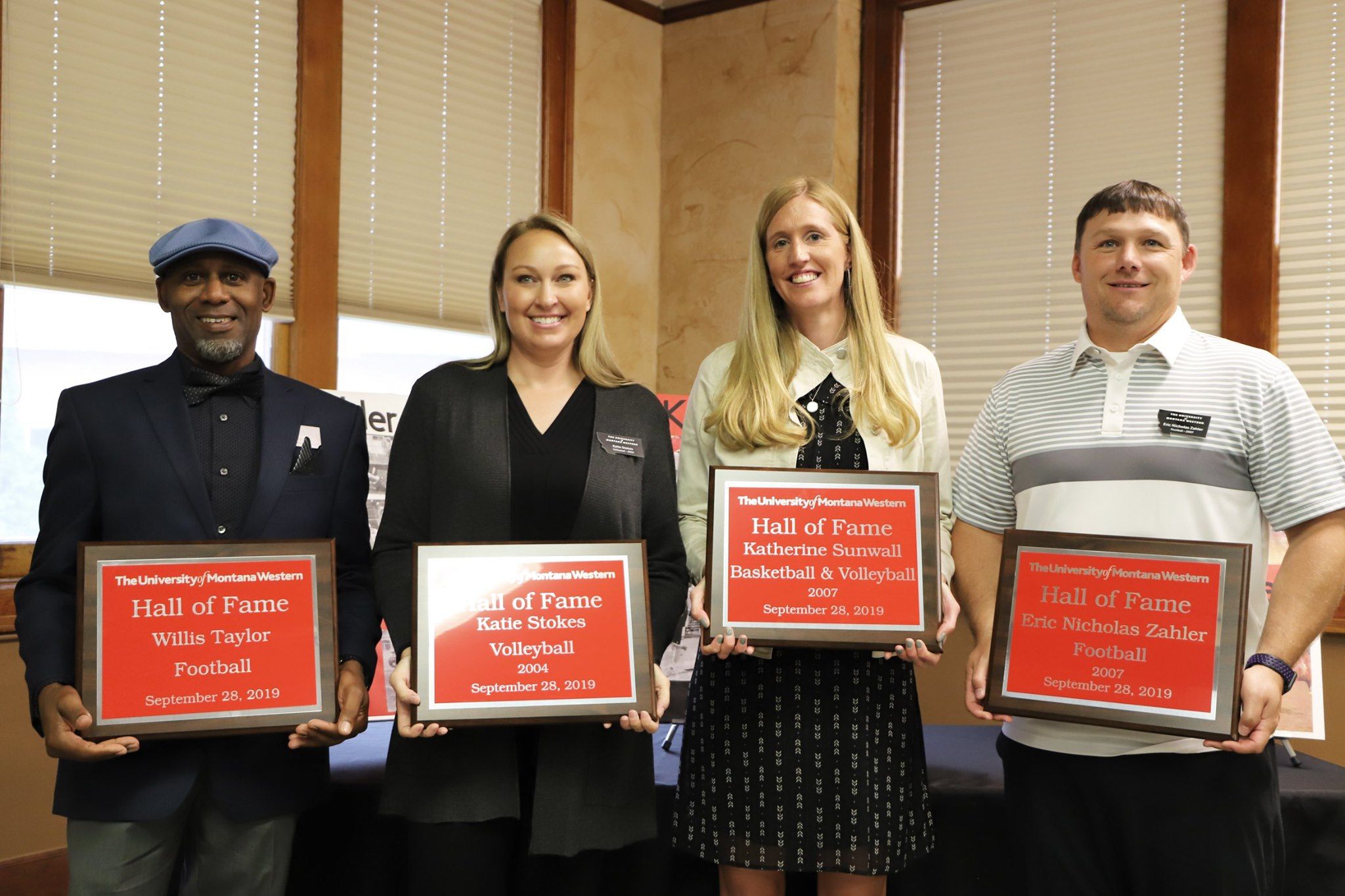 Katie Stokes earned a Bachelor of Science in Environmental Science with a related area in wildland interpretation in 2004.

Katie is currently the Director of Marketing for the Montana Stockgrowers Association. She lives in Helena, Mont. with her husband Matt and their son Tristen.

Katherine Sunwall graduated from Montana Western in 2007 with a Bachelor of Science in Elementary Education.

As a volleyball and basketball student-athlete at Montana Western, Katherine received several honors. For volleyball, she was a 2002 Freshman of the Year, a First Team All Conference athlete 2003-2005, a 2004 First Team All Region athlete, a 2005 Frontier Conference MVP and a 2005 NAIA Third Team All American.

Katherine is a kindergarten teacher at Our Lady of Lourdes Catholic School in Great Falls, Mont. where she has been teaching for seven years. In addition, she continues to coach basketball at Great Falls High School which she began in 2010 and also coached volleyball from 2013-2017. Katherine also played professional basketball in Finland from 2007-2008.

Willis Taylor was a football student-athlete at the University of Montana Western from 1994-1996.

As a football athlete at Montana Western, Willis received several honors. Willis was a three-time All Conference Wide Receiver and was a member of the back to back Frontier Conference Championship Teams in 1994 and 1995. He was the Bulldog Team Captain in 1996 and earned an Honorable Mention from the 1996 Black Issues in Higher Education’s Second Annual Arthur Ashe Jr. Sports Scholar Awards Program.

After opening stores for Patagonia on the east and west coasts, Willis managed the extended day program for 16 years at the Gardner School of Arts & Sciences, a private progressive school. Recently his wife Jackie started her own school, The Lupine Experiential School, where he currently teaches physical education. Willis lives in Vancouver, Washington with his wife Jackie and their two children, Gracie and Carver.

Eric Zahler graduated with a Bachelor of Science in Secondary Education in Health and Human Performance and History from Montana Western in 2007. He also earned a Master’s Degree in Educational Leadership from Walden University in 2017.

Eric lives in Butte, Mont. with his wife Geah, and their two children, Reece and Brooklyn. He has taught Adapted PE, Library and Media, Health, Weights, and Montana History for the past 12 years in the Butte School District and has been a soccer, football and track coach at Butte High School for the past 14 years.

Jarrett was unable to attend the ceremony due to weather and will be inducted at the 2020 Bulldog Athletics Hall of Fame.

Jarrett Monroe was a rodeo student-athlete at the University of Montana Western from 2004-2006.

Jarrett is currently the owner and manager of a custom haying and trucking business and lives in Brocket, Alberta, Canada with his wife, Francine, and their four children: Madison, Erin, Ayrianna and JW.