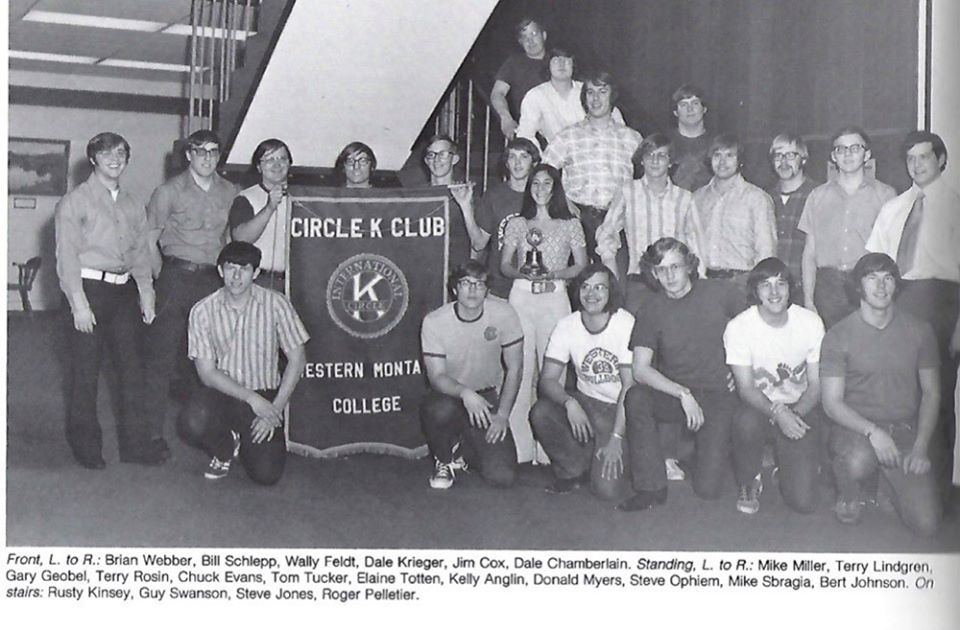 Jim Short was the college’s president. The school offered four-year education degrees, graduate in education and a liberal studies degree.

The campus mini-building boom of the last few years had slowed down. The newest building on campus was the Office/Classroom building. The schools was entertaining bids for improvements in Main Hall and renovations in the P.E. Complex.

That year at Western Montana College was probably like any other college or university at that time. No clear cut fashion statement was made, you saw bell bottoms, mini-skirts, corduroy pants and of course blue jeans. Popular then and popular now.

In addition to their classroom work, Western students stayed busy and entertained with a wide-variety of extra curricular activities. The WMC campus was definitely a community in itself. The dorms were full and mostly everything a student needed was on campus. The S.U.B. was the important social cog in campus life.

In addition to keeping students informed of campus happenings, the Wescolite student newspaper also gave students the opportunity to share opinions via the column route. I wrote a sports column, but my favorite was Propinquity.

The Muse was a creative writing magazine where students could express themselves in short stories, poetry and art work. My first and only published poem was published in the Muse.

The challenge is coming…stay tuned!

There were 24 clubs WMC students could choose from and most students participated in multiple clubs.

Service oriented clubs such as SPURS and Circle K were active on and off campus with projects like Walk for Mankind.

Mel Rice was the student body president. The student governing body was called Central Board and was comprised of 10 at-large representatives and five officers.

The WMC Gargoyles produced three plays during the year; The Girl in the Freudian slip, The Glass Menagerie and Our Town. The WMC music program featured many talented student musicians which resulted in a pep band and the award winning Western Chorale.

I know there will have to be a part two to this story. So many memories and happenings. Now the challenge. A couple of years ago after a round of golf, several of my former classmates from the 1970’s were sitting around and enjoying a cool beverage and talking about how we could give back to Western. We wanted to give back and help future students have the same experiences, both social and educational that we have.

The solution proved to be a lot simpler than how to improve my golf game! We decided to give a scholarship.

Within a short time we were off and running and the 1970’s scholarship has become a reality. Over 30 WMC students and graduates from the 1970’s have contributed.

We gave our first scholarship in August to Charali Wetherbee. If you fit the above criteria of a 70’s student, I challenge you to join the 70’s scholarship team. Our goal is an endowed scholarship and we are getting close. Just send your contribution to the Montana Western Foundation.