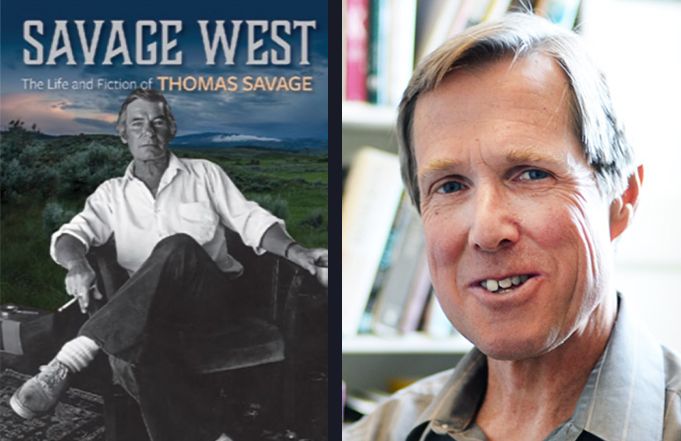 Weltzien has been a professor for 40 years, teaching in the Montana Western English department for 29 of them, starting in 1991. He has published several books and was named a Professor of English Emeritus in May of 2020. He announced his impending retirement from Montana Western in October 2019.

As a UMW professor, Weltzien incorporated hands-on experiences and practical contact with the literature he taught in his classes. He is responsible for creating and overseeing Montana Western’s visiting writer series “Dances With Words” that will be renamed in Weltzien’s honor.

Weltzien will be releasing a new book at the end of September titled “Savage West: The Life and Fiction of Thomas Savage.” “Savage West” is a biography about the author, Thomas Savage. Savage is a novelist from Montana who published 13 books over a 44-year period. He is most well-known for his eight novels set in the west, but is often overlooked in the conversation as one of the best authors to come from Montana.

“This is a literary biography of one of the best and most neglected writers from Montana. Savage never had the audience he should have, and I hope this book will help return him to the reputation he deserves,” Weltzien said.

Weltzien first became familiar with Savage about 20 years ago. Since then, Weltzien has published multiple articles about Savage’s work and even oversaw the republication of Savage’s first two novels, “The Pass” (2009) and “Lona Hanson” (2011). Weltzien has taught three of Savage’s novels in his English courses at UMW and has led many classes and local groups on tours of what Weltzien calls “Thomas Savage country,” which stretches from Dillon to Horse Prairie and Bannock Pass, to Leadore, Lemhi, and Salmon, ID.

“I’ve spent the past three years steadily working on the book, which is my homage to Savage and southwest Montana. He’s easily the best writer from our remote corner of the United States, and his best novels, which I’ve taught for years, are compelling reads,” Weltzien said.

Savage’s most famous novel, “The Power of the Dog,” (1967) has been optioned as a film backed by Netflix and scheduled to be released in 2021. Weltzien and his wife, Lynn, had the opportunity to host the Director of the film Jane Campion (New Zealand) and Executive Producer Tanya Seghatchian (London) at their home in Dillon to share their knowledge and history of Savage.

“Campion, an internationally acclaimed director, will do more to re-awaken interest in Savage than my biography. But I’m proud of the book for many reasons because it honors a writer who always gained fantastic critical reviews but garnered poor sales. He should occupy a big place on Montana’s crowded literary map,” Weltzien stated.

When precautions for COVID-19 slow down, Weltzien hopes to host a local book launch for Savage and tour the book in the Montana indie book stores. The publication will be available on Amazon and at The Bookstore in Dillon when published on October 6.

In retirement, Weltzien will to continue writing and hopes to publish his fourth poetry collection in the near feature. He will carry on with his passion for traveling with his wife, Lynn.

For more information about “Savage West: The Life and Fiction of Thomas Savage”, you can email the author at alan.weltzien@umwestern.edu.