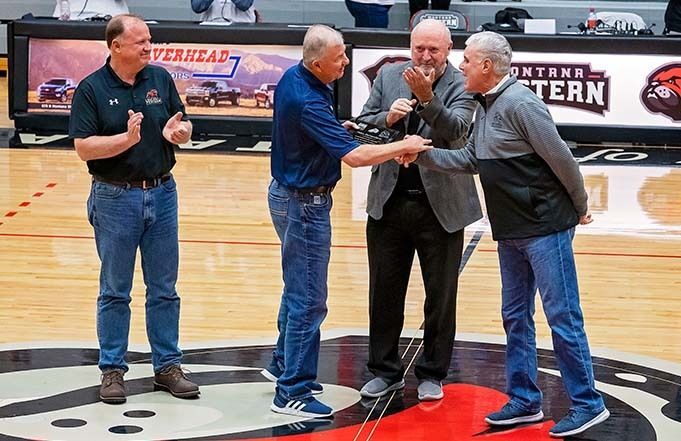 Richardson’s career as an official began 38 years ago. He credits Pete Waylett, Joe Morstein and Rick Kuntz as mentors that successfully guided him into his career in basketball officiating. Richardson said he learned from the best.

Richardson’s not sure about his very first game officiated but says it was probably a freshmen game at Beaverhead County High School.

He remembers his first Frontier Conference basketball game vividly. It was Eastern Montana College vs Western Montana College in Dillon, Mont. Richardson said he was nervous with butterflies the size of elephants. It didn’t help that it was a huge rivalry game and that the Straugh Gymnasium was packed to the rafters.

In his 38-year career, between high school and college, football and basketball games, Richardson estimates he has officiated roughly 150 games a year. His high school resume includes varsity, junior varsity and freshman games.

In college, he has officiated Frontier Conference football, and men and women’s basketball games. He was also in the pool of football and basketball officials for the Scenic West Athletic Conference. Then, add in the many invitational basketball tournaments Richardson has worked as well.