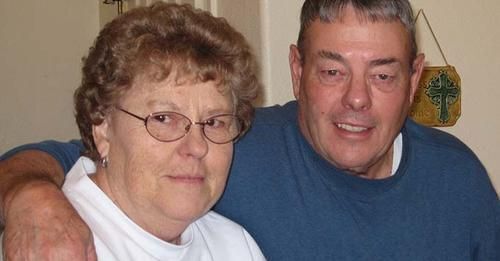 Ed Armstrong passed away in April of this year. His beloved wife, Eileene, passed in 2020. His son and daughter-in-law, Scott and Sarah Armstrong, approached the UMW Foundation about establishing a scholarship to honor Ed and Eileene and their commitment to education. The first scholarship will be awarded for the 2022-23 academic year.

Ed and Eileene were raised near Whitehall, Montana. Ed graduated from Whitehall High School and declined a football scholarship to join the Air Force. He trained as a medical technician stationed near London, England. Following his father’s death, he was honorably discharged and returned to the family ranch in 1959. Eileene graduated from Butte High School in 1953 and received a teaching degree two years later from Montana State Normal School in Dillon. Eileene taught in the Butte Public School system for approximately six years followed by two years in Reno, Nevada. She returned to Montana and married Ed on June 29, 1963. They settled in Cardwell and began a family. In 1968, they moved to Dillon as Ed was finishing an Education Degree from Western Montana College.

Ed and Eileene were active in the community in a myriad of ways throughout their 47 years in Dillon. After graduation, Ed taught science and history in the Dillon School system for 29 years. During this time, he also coached basketball and baseball. In addition, he served as the official scorekeeper for Western football and later for Beaverhead County High School boys and girls basketball for over 20 years.

Eileene educated generations of students in the Butte, Whitehall, Dillon and Melrose school systems until retiring at the age of 65. Over a span of 45 years, including a 12-year period serving as a substitute teacher in Dillon, she was in the classroom for over 35 years. During this time, she returned to school as a student and received her Bachelor’s of Education degree from Western Montana College.

“Establishing this scholarship at Montana Western seemed like the perfect way to honor the legacy of my parents and the impact they had on thousands of students in southwest Montana,” said Scott Armstrong.

“Ed and Eileene embodied a spirit of giving to their community. They worked hard to make a difference in the lives of their students and their community and this scholarship will be awarded to a Montana graduate who possesses those same qualities. We are grateful for the opportunity to honor two of Beaverhead County’s most loyal and dedicated educators,” commented UMW Foundation Director, Roxanne Engellant.

If you would like learn more about this scholarship or the UMW Foundation, please contact Roxanne Engellant at 406-683-7305.