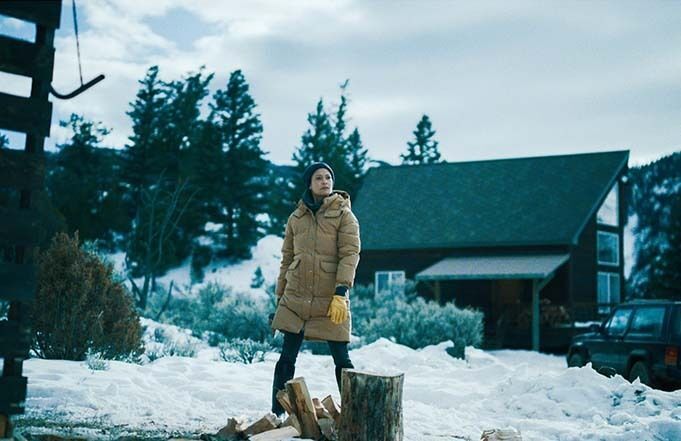 Set in western Montana, this film tells the story of a grieving college professor who confronts two trespassing hunters on her property. From there, an escalating battle of wills transpires with catastrophic consequences.

The feature-length film is directed by Julian Higgins. Based in Los Angeles, Higgins has gained success from his short films. Many of these films have been screened around the globe and recognized for prizes such as the gold medal Student Academy Award, two Student Emmy Awards and the grand prize for Canon and Ron Howard’s Project Imaginat10n contest.

The script for the film was adapted from the short story, Winter Light, by James Lee Burke. Burke is The New York Times bestselling author of the Dave Robicheaux detective series and various other novels.

The film premiered at the 2022 Sundance Film Festival and was filmed predominately in Montana. The Sundance organization is a champion and curator of independent stories for the stage and screen and provides and preserves space for artists in film and digital media to create and thrive, according to the Institute’s website. Production of the film began in spring 2020, but was paused due to the pandemic for several months. Cold Iron Pictures filmed numerous scenes in the Livingston area before coming to Dillon in late March 2021. During this time, several scenes were shot on the UMW campus and inside historic Main Hall.

After much anticipation, God’s Country is being released nationwide later this month playing in over 500 theaters across the United States. It will premiere in Dillon on September 16th at Big Sky Cinemas.