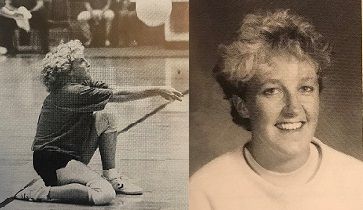 Established by her family to in remembrance of Patty. Patty was a student/athlete at Western when she was killed in an auto accident.

Awarded to a junior or senior female volleyball player with a minimum 2.5 GPA.

Patty was born on September 3, 1969, and graduated from Helena Capitol High School where she lettered in basketball, softball, track, and volleyball. After earning All State honors in volleyball, Patty traveled to China as a member of a youth exchange tour during the summer after her high school graduation. Being one of five volleyball players in her family, Patty decided to follow her older sisters to Montana Western to play for the Bulldogs. In 1988, she was named to the All Conference team. She was a large asset to the Lady Bulldogs volleyball team. Yet, volleyball was not her only involvement at Montana Western. She was an active member of the "M" Club, Western's Letterman Club, and she served as a Spur - a sophomore service organization. Patty also played a mean game of softball, in the field and at the plate. She was tragically killed in an automobile accident on Aug. 20, 1989 near the Garrison Junction as she was returning to Dillon for the upcoming volleyball season.