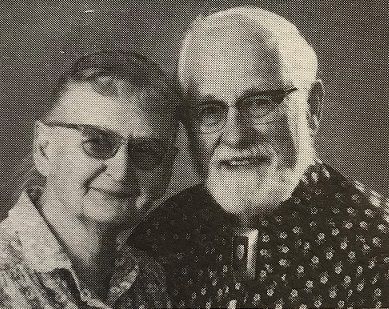 Awarded to an outstanding student committed to the Christian faith.

From their residence adjacent to the Montana Western campus, Mr. and Mrs. Bridenstine had for over 40 years opened their home and their hearts to WMC students. Respectfully and affectionately known as "Mom and Pop" they had served as sponsors of IVCF since 1946. Dorothy was a 1958 degree graduate of Montana Western while Fred was named an honorary alumnus in 1980 as recognition of his many contributions to the college. The Bridenstines were married in 1925. Dorothy enjoyed recalling her "29-year college career," which included two years of study prior to marriage, enrollment at Montana Western in 1948 and completion of her degree in 1958. Fred retired in 1961 following a 35-year association with JC Penney Co. With Dorothy, he had since operated photography, picture framing and nursery businesses from their home which is located between Mathews Hall and the Married Students Apartments.