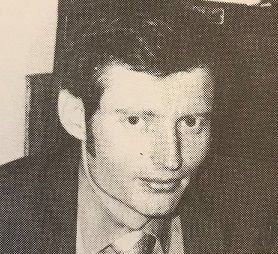 Established by his wife Susie Miller

Awarded to an outstanding athlete with high scholastic achievement and leadership qualities. Preference to athlete who compete in two sports and participates in extra-curricular activities.

During his collegiate career on Montana Western campus, Maier Miller established scholastic and athletic standards of excellence rarely attained. throughout that span, he maintained a 4.0 GPA, earned state and national acclaim as a basketball player and track man, and enjoyed the respect of classmates, faculty and staff members. Maier was a four-year letterman in basketball, leading the Bulldogs to an 87-28 combined record, two conference and NAIA district championships, and two trips to the National Finals in Kansas City, Mo. He was equally outstanding in track. His 6'5" high jump in 1962 marked a school record which was unsurpassed until 1983. Following graduation, he taught and coached briefly at Great Falls and Polson. Stricken with cancer, he fought a quiet yet courageous battle up to his death on April 10, 1973, at the age of 33.