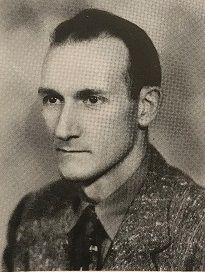 Awarded to an upper division student who demonstrates ability and interest in physical science or math with a minimum 2.5 GPA

The epitome of a scholar and a gentleman, Howard M. Smith served Montana Western for almost three decades as a devoted professor of physical science prior to his death on May 6, 1981. A native of Dillon, Smith attended Western for three years before completing a Bachelor degree in Chemistry at Montana State University. He earned a Master's in the same field at MSU and later engaged in extensive graduate work and research at Louisiana State University.  Serving with the Marine Corps during WWII, he advanced to the rank of lieutenant and was wounded during combat in the South Pacific theater. From 1950-1952, Howard was employed as a chemical research scientist by Minnesota Mining and Milling Corporation in St. Paul. He joined the WMC faculty staff in 1952 and during that highly productive tenure, he volunteered as an adviser to numerous student projects while also serving on a variety of committees and councils.