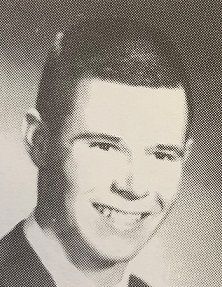 Established by his mother Muriel Spehar. Jim was an alumnus who graduated in 1973

Awarded to a junior/senior IT major with a minimum 2.0 GPA

A native of Dillon, Jim graduated from Beaverhead County High School in 1964. He enrolled at Montana Western but that career was interrupted by military service. He spent 23 months in Vietnam and was awarded the Bronze Star of Valor. Jim returned to the WMC campus and in 1973 received his Bachelor degree in Secondary Education after completing majors in both I-A and Business. Following graduation he was employed by Beaver Pond in Bozeman where he became maintenance superintendent for ski equipment and bicycles. With the opening of Big Sky Resort, Jim was transferred to a similar position there with Lone Mountain Sports. During off seasons, he worked with construction firms involved with building of Huntley Lodge, the mall and various condominium complexes. The value of Western's Industrial Arts program as a keystone for professional success in construction fields was a personal creed of Jim Spehar, prior to his untimely death in 1977 at age 32.