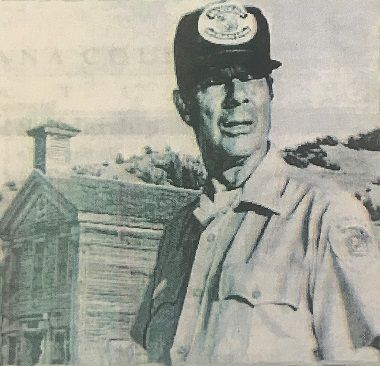 Established by the Dale Tash Family

Awarded to a junior/senior history major with a high GPA. Preference to a Beaverhead County high school graduate.

Dale Tash was a long time Montana educator, historian, manager of Bannack State Park and Montana Fish, Wildlife & Parks Commissioner. To many, he was a man who personified the Beaverhead Valley, its history, culture and traditions. Governor Marc Racicot called him an ardent supporter of the need to preserve Montana's natural and cultural heritage for future generations of Montanans. Dale served as a professor and administrator at Montana Western in Dillon, teaching thousands of students not only how to teach, but more importantly how to appreciate history and Montana. Following a career that spanned over 50 years with Montana Western, Dale began a second career as Manager of Bannack Sate Park. His love of Montana history and his family roots in Bannack gave him special insight into the historic community. His father was born in Bannack and his grandfather owned a ranch nearby. His knowledge of Bannack and Montana history enable him to weave together stories and tales of Bannack that made the past come alive. Countless Bannack visitors and staff members were influenced and inspired by Dale. His work at Bannack included stabilization of several historic buildings, initiation of an oral history program and a tremendous amount of research necessary to compile the history of Bannack.